There’s a mixed bag arriving at the Artrix in Bromsgrove next month.

As winners of the 2013 BBC Radio 2 Folk Awards trophy for Best Duo, Kathryn Roberts and Sean Lakeman have a well-established reputation in the acoustic folk world. Following the release of their acclaimed 2012 album Hidden People they have graced stages the world over. As the eldest of the three ‘akeman Brothers, Sean has played the guitar since the age of six. Having travelled the world for a decade with folkpopsters Equation, he then famously went on to orchestrate the sound of his little brother Seth, producing his most successful albums, garnering many awards, and a top ten hit album along the way. 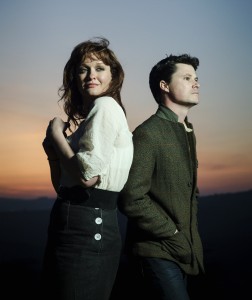 Kathryn is held in the highest regard by peers and music fans alike. Following a successful duo career with fellow Barnsleyite Kate Rusby, Kathryn joined the Lakeman brothers in Equation. Her relationship with Sean Lakeman flourished both personally and musically, and after a decade of relentless touring the two decided to return to their English roots and gig as an acoustic duo. Their intimacy and passion for music combined with an eclectic repertoire ensures a rare treat for any listener.

Fans of classical music have an early Valentine’s treat in store. On Friday 7th February, Bromsgrove Concerts are presenting a performance by guitarist Craig Ogden who will be playing a selection of favourites by Giuliani, Dowland, Britten, Poulenc, Turina, Bach and Walton. Craig is best known to Classic FM listeners for his albums The Guitarist and Summertime. Both recordings shot straight to number one in the UK classical chart in summer 2010 and 2011 respectively.

Australian-born Craig has performed concertos with all of the main UK orchestras plus many abroad and has presented on BBC Radio 3 and on ABC Classic FM (Australia). He is principal lecturer in guitar at the Royal Northern College of Music in Manchester and a visiting lecturer at London’s Royal College of Music.

The weekend of classics continues on Saturday 8th February with a performance by Midland Sinfonia. Entitled Romantic Strings, the orchestra will be performing Beethoven’s Romance in F and Mozart’s Sinfonia Concertante and Symphony No 40. All three works, composed within 25 years of each other, demonstrate the emergence of the late 18th century romantic period. The conductor will be Richard Laing and the guest soloists will be Shulah Oliver on violin and Diana Mathews on viola.

Midland Sinfonia presents Romantic Strings on Saturday 8th February at 7.30 pm. Tickets are £16 (£5 unwaged & students) and there is free entry for accompanied children.

Opera fans will be impressed by a new interpretation of Mozart’s Don Giovanni being screened at Artrix on 12th February. Director Kasper Holten casts Don Giovanni as an artist who seduces an endless stream of women through his ability to create wonderful illusions. His catalogue of sexual conquests is a vain attempt to escape his own mortality and comes at a high price.

Holten presents an exciting visual universe that ranges from colourful comedy to exhilarating drama. Set designs by Es Devlin – who was most recently at Covent Garden with Les Troyens – and costume designs by Anja Vang Kragh (Stella McCartney, John Galliano, Christian Dior) complete an impressive creative team. The production highlights the beauty and invention of Mozart’s dazzling score, which ranges from gorgeous arias and dramatic duets to the brilliant layering of dance melodies that bring Act I to a virtuoso close.

One of the sixties biggest pop icons is inviting local residents to take a musical trip across the Mersey in February.

Gerry & the Pacemakers topped the UK and US charts for much of the decade. They worked the same Liverpool/Hamburg circuit as the Beatles and ran neck and neck with their rivals in local popularity. One of their first singles, How Do You Do It went straight to number one and this was followed by a string of hits penned by Gerry including It’s All Right and I’m the One. 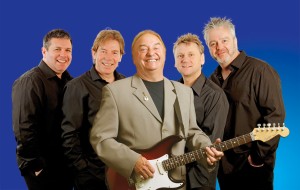 Now performing as Gerry Cross the Mersey, Gerry and the band will be playing his greatest hits mixed with stories, jokes and anecdotes from his years at the top.

Gerry Cross the Mersey are performing at Artrix on Saturday 15th February at 7.30 pm. Tickets are £19.50.

Tickets for all these shows can be purchased from the Artrix box office on 01527 577330 or online at www.artrix.co.uk