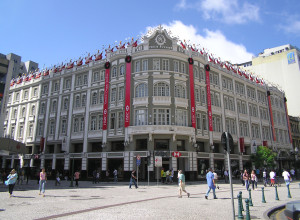 Lloyds Bank has been fined £28 million for bullying staff to hit targets for seliing dubious financial packages to unwitting customers. RICHARD LUTZ  says our banks just can’t keep their noses out of the sewer.

You have £1000 and you want to put it into an account to help your kids, to save towards a car, to just salt away for tight times.

Let’s see, who you going to go to?

Barclays? Nah, last year it was fined £290 million over the Libor rigging case

HSBC? Nope. It was nailed for £1.2 billion for laundering money for murderous Mexican drug cartels and mis-selling PPI.

Santander? No way, Jose. Fined £3 billion for lying over the PPI con

Bank of America? Forget it- a £40 billion slap on the tush for the sub prime debacle and hidden bonuses to bosses

Lloyds?.  Whoops.. today it was fined  £28 million for scaring the life out of staff by saying their salaries would be docked if they didn’t hard sell shaky financial packages to us. That’s on top of the big wallop earlier in the year for misselling PPI.

In all, reports suggest that £130 billion in penalties have now been dished out to lying greedy deceiving US and European banks for a tsunami of fiascos, scandals, lies and crimes.

It is astonishing that more than f ive years after the 2008 sub-prime mortgage debacle, these banks and their grubby managers are still at it: their pigs’ noses still deep into the vomit-stained trough as they rob the customer blind.

One way to look at this unending scandal is, for once, not to blame the messengers. But to applaud them.

As the regulators do their laudable work, it has been the press who have been dogged in their reporting.

When I started on daily papers decades ago, the business desk was a quiet almost timorous lot of nerds looking  at financial reports unquestioningly and churning over tedious drivel from press releases about how ABC Pipeworks had just landed a new deal with XYZ Shipbuilders.

They were an adjunct of the business and financial world- not seen as  commentators or an unveilers of the truth.

Now this week, I see Sky News has paid for a half-page ad to find a new Business Editor.

It is seen as a  glamorous high-profile job that needs a judicious eye, an insider’s grasp of fact and a scepticism that will break big stories – big revelations such as how our banks have been pillaging the public’s hard earned cash and have refused to mend their ways since the crash they themselves caused with their greedy mortgage debacles.

Roll on good, hard nosed reporting in order to keep the banking world’s criminal thuggery in the public eye. And may it end in court cases to put the financial crooks behind bars where they can’t grab their ill-gotten loot stowed away in Switzerland, the Caymans or in the mortar of some megapile in the south of France.

These banking thieves wouldn’t just sell their granny some grubby investment. They’d sell their grannies too. And it has taken good reporting to help reveal their crimes.

3 thoughts on “The Banks That Like To Say ‘Theft’”