Glamour night for up and coming designers.

Birmingham became fashion capital for the evening on Friday 11th October when fashionistas, media and creatives came from far and wide to celebrate the Midlands fashion scene at the Penthouse in the Loft Lounge, hosted by the glamorous ITV Presenter, Lucy Kite.

The annual event, now in its fifth year, showcases collections from independent, emerging and young designers from across the region and beyond, newly founded categories for make-up artist, stylist and accessory designers. 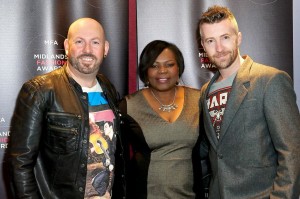 The buzz of excitement for this anticipated event transformed a dreary rainy day into a glamorous evening of high fashion as over 250 guests mingled before the show to network and enjoy the shopping from local independent retailers before taking their places for the fashion extravaganza. The prestigious judging panel consisted of MFA founder and managing director, Jenny Eason, editor in chief of Style Birmingham magazine, Andrew Riley, founder and managing  director of Rees, Bradley Hepburn, founding member of Young British Designers, Debra Hepburn, fashion expert Alison Lewry and well-respected stylist Jason Forrest.

As the fashion show got underway it became clear that the designers had gone all out this year as some of the collections were worthy of a place at London Fashion Week. Some of the models from the Alan Sharman Agency sashayed down the catwalk to an eclectic mix of music.

Competition heated up while the judging panel were busy talking in hushed voices, awarding points for the collections being showcased. Backstage was electric as professional make-up artist Jules Cardozo-Marsh and the two finalists of the Make-up Artist award category Helen Rose and Chloe Coleman, along with Lisa Shepherdʼs hair team headed up by creative director Katie Mulcahy, were putting the finishing touches to the models before they hit the runway. Alan Sharman of Alan Sharman Agency choreographed the event from backstage to ensure everything ran to schedule.

After a fantastic musical performance by jazz singer Scott Finley it was time for the winners to be announced. The atmosphere was electric as Lucy Kite announced the winners and huge cheers were echoed around the room as each took centre stage to receive their award by the sponsor.

A BIG thank you must go to all the designers and creatives that entered this year’s event. It was a hard decision for the judges and a very close competition. Another BIG thank you goes to the MFA team that made this event possible. The amount of work that goes into putting on a show like this is unbelievable and everybody gives up their time for free. As much as this was a night for creatives to showcase their talent, a raffle of luxurious gifts in aid of breast cancer research raised £250. 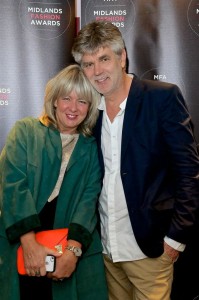 A quick change was required as guests headed to the after-show party held at the Nightingale Club, where champagne was opened as celebrations began for those who had won.

All this would not have been possible if it was not for Jennyʼs entrepreneurial spark to provide a platform for showcasing up and coming talent. “I am completely overwhelmed by the positive feedback this year,” she said. “The event was an overwhelming success; the awards have always attracted a large audience but we were pleasantly surprised to sell out days before the big event this year. A huge thanks to everyone who supported the event”