This October and November, the Artrix theatre in Bromsgrove are celebrating the 50th anniversary of the National Theatre Live, with  encore screenings of some epic NTL productions.

Kicking off the celebrations on 22nd October at 7pm is the 2010 production of Hamlet, directed by Nicholas Hytner and starring Olivier Award winning actor Rory Kinnear. As one of Shakespeare’s most famous works, this play needs no further introduction.

Then on Saturday 2nd November at 12.30pm Oscar winning Danny Boyle directs a sensational production of Frankenstein.  With Jonny Lee Miller alternating his roles as Victor Frankenstein and his creation, this fabulous production has wowed critics.

There will also be an encore screening of Alan Bennett’s play The Habit of Art on Sunday 10th November at 2.00pm. In this quick witted production, Benjamin Britten sailing uncomfortably close to the wind with his new opera Death in Venice, seeks advice from his friend W H Auden.

On 20th October 7.30pm opera and theatre lovers will be offered a treat when the light hearted, humourous, opera Albert Herring is performed at Artrix.

It’s time for the sleepy village of Loxford to choose a May Queen, but none of the village girls are considered to have the right moral virtues. So now all eyes focus on young Albert, as pure and innocent as they come. Could he be the perfect candidate to be Loxford’s first May King? Presented by the acclaimed Mid-Wales Opera in celebration of Benjamin’s Britten’s centenary, this well-loved opera is given a new lease of life, with an electric cast and wonderful musicians. 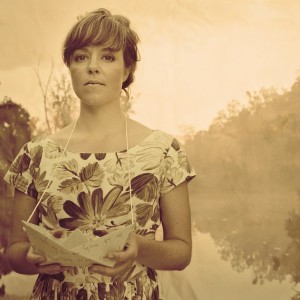 Then on 21st October at 8pm Australian singer-songwriter Emily Barker, famous for the theme tune for Wallander, is playing live.

Barker is a compelling singer-songwriter with a gift for weaving melody and words and blending classical, rock, country and folk influences to stunning effect. Her talent is perfectly complimented by the magnificent arrangements of her rootsy band The Red Clay Halo and together they have recorded three albums all to critical acclaim, with her last album Almanax attracting strong support from BBC radio, with sessions for Cerys Matthews on 6 Music and Radio 4’s Loose Ends. Emily also performed with Frank Turner at London 2012 Olympic opening ceremony.