Councillor Bore, supported now by his new ally, the Local Enterprise Partnership, likes to paint a picture of himself as the saviour of a run-down part of the city centre known as Paradise Circus. What he will not admit is that he himself is responsible for encouraging its degeneration. 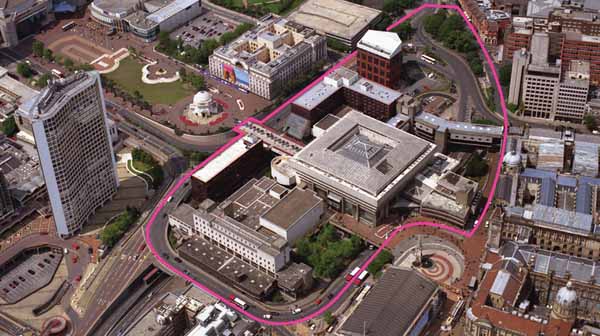 As long ago as 1999, when the oldest building on Paradise Circus, the Central Library, was a mere 25 years old, Councillor Bore persuaded the Council to initiate a degeneration policy by announcing that the Library was ‘crumbling’ when anyone could see that it wasn’t. Already burdened with the Royal seal of disapproval, the Library was thus conveniently to hand to act like a Trojan Horse in which Councillor Bore and his supporters could set about conquering the rest of Paradise Circus. From then on, the Central Library was subjected to years of deliberate neglect and its good architect regularly insulted in the media. The advice of the government’s official advisor on architectural and historic buildings was rejected because to accept it would have reversed the process of degeneration.

It has taken 14 years for Paradise Circus to reach the point of being declared a Regeneration Zone even though every building that was on the site in 1999 is still standing and in use except for the recently vacated Central Library. So far the main element of Councillor Bore’s plan, relocating the Library, has been calculated to cost £590 million over the next 40 years. Now a sum of £61 million has been ‘allocated’ to the project by the LEP, purportedly to knock down the Library and all the other decent buildings on the site most of which were built after the Library.

So the process of degeneration is set to continue, whether by default or intent, perhaps for another decade. The empty Library will look increasingly shabby. The Compulsory Purchase Order will blight the privately-owned properties on the site as their owners will spend no money on their upkeep. Thus, after a couple of decades of degeneration, when there is no longer any alternative, the process of regeneration may finally commence. 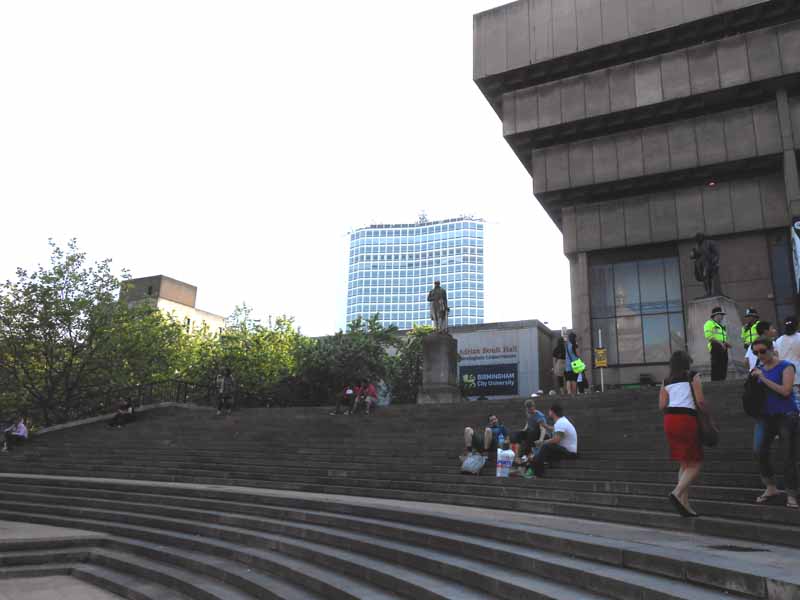 Commercial property developers, who are always waiting in the wings for a redevelopment opportunity, will no doubt argue that degeneration is a natural and inevitable process, like growing old. They talk about buildings becoming obsolete, unfit for purpose, unsympathetic to their neighbours or simply unfashionable as if these things were beyond anyone’s control, but the history of Paradise Circus shows that degeneration can be deliberate.

However, as long as the buildings on Paradise Circus still stand it will be unclear whether the degeneration policy initiated so long ago by Councillor Bore has been successful in creating a site suitable for regeneration. According to the council the demolition of the Central Library which is only the first phase of a 15-year redevelopment plan, is not expected to start before 2015, so it will be some time before we find out.

4 thoughts on “The degeneration of Paradise Circus”