Labour councillors are opposing a move by Walsall council to discuss a tax-funded, multi-million pound project in secret session away from the eyes of the public and press. 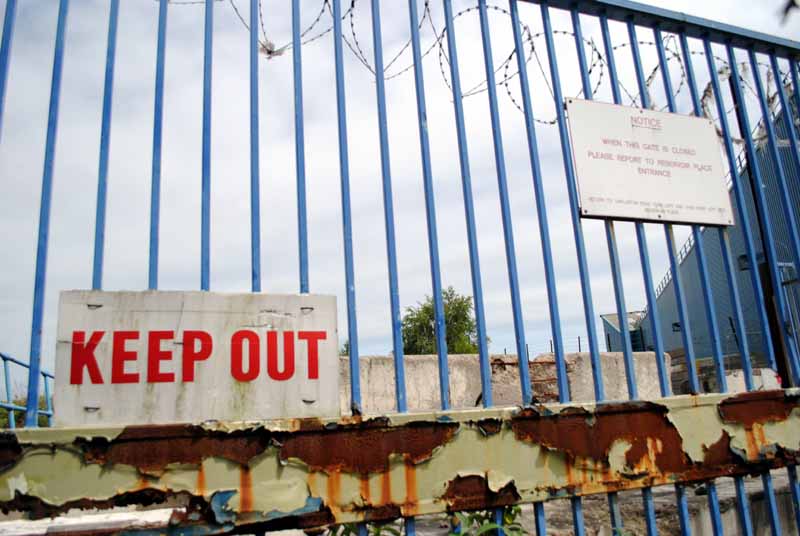 The proposal to clean up and restore what has been described as one of the most contaminated sites in Europe creating 4,000 jobs is to be heard behind closed doors after claims that the costs to taxpayer have spiralled in just 24 months.

Walsall council’s proposal to buy the site of a former copper refinery, know as James Bridge Works, part of the Phoenix 10 Black Country Enterprise Zone, will be discussed at a full meeting of the authority on July 8th but the authority wants to exclude the press and public.

The Conservative and Lib Dem coalition run authority is taking the step after concerns that the £18 million budget has doubled since first being announced two years ago.

The authority has allegedly already threatened local papers with legal action if they publish a leaked report which indicates that costs could double after a proposed public/private partnership to clean up the land collapsed last year.

Justifying the threats to newspapers at the time, the deputy leader of the council and head of regeneration, Cllr Adrian Andrew, implied the authority could not reveal any details because private companies could use the information to hike up their estimates.

He told a local radio reporter: ‘If you’re having a quote for some work at home, you don’t tell the builder what you’ve got in the bank.’

A Freedom of Information Act request to publish the report has since been made in order to confirm if the budget for the project has doubled and the nature of any possible risks to the public purse.

Labour opposition on the council fear Conservatives and Lib Dems are hiding the true costs of regeneration schemes while at the same time putting a positive political spin on mismanaged developments. Labour members hope all opposition councillors will join them in opposing the move.

Labour group leader, Cllr Tim Oliver, said: “This project is essential to the redevelopment of Walsall. Labour has and will continue to support bringing these desperately needed jobs to our borough but we won’t help the Tories and Lib Dems hide the facts from local people. You just can’t take their money and spend it without any accountability or explanation.

“This is the second time in recent weeks the council has hidden a debate on a major publicly funded project in closed session in order, it claims, to protect the taxpayer. It did exactly the same thing at a closed meeting on the funding of a retail project where the private sector pulled out, but immediately afterwards Conservative and Lib Dem councillors announced the overall budget of £8 million, the predicted jobs gain and details of the ‘secret’ debate which they then used to smear legitimate concerns raised by opposition councillors.

“Cllr Andrew’s assertion is specialised, high-tech, companies would act like a cowboy builder; if it were true why did he announce the original budgets in an agreed press release two years ago before any contracts were signed? For that matter, why do governments announce their investment plans?

It is our understanding that the ‘secret’ report only contains financial outlines rather than the sort of detail which might be considered commercially confidential.

The council will present a motion making the details of the report exempt under the 1972 Local Government Act; if passed it would force the public and press to leave the meeting.

“These powers were never designed or intended to throw a blanket of secrecy over local government. So to threaten journalists and newspapers with legal action and exclude reporters and the public from meetings is in reality an attempt to prevent the public knowing what is going on with its money. We fear that this approach runs contrary to the whole idea of accountability and local democracy, and that far from protecting the public purse they’re hiding their dirty laundry.”