Online retailer WAE+ today announced its intention to donate at least £10,000 to its Charity of the Year, Midlands Air Ambulance, throughout 2013. 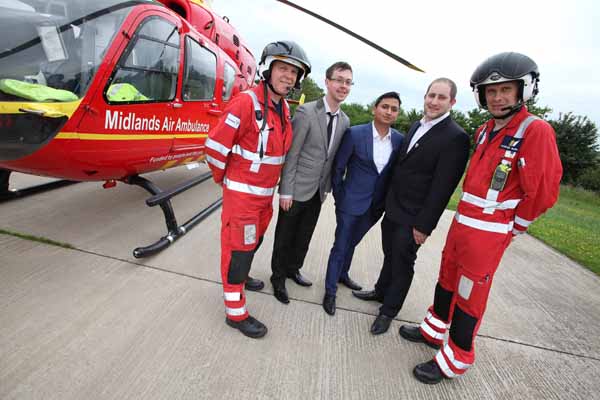 The online retailer has already kicked off its fundraising with a £2,500 contribution and sponsorship of two Air Ambulance events: the Recognition Awards and Charity Ball, which was held on 29th June at Edgbaston Stadium, Birmingham, also saw WAE+ sponsoring the ‘Volunteer of the Year’ award and the upcoming Charity Golf Day on 26th July.

Midlands Air Ambulance Charity is the largest and longest-running air ambulance service in the UK, covering Gloucestershire, Herefordshire, Shropshire, Staffordshire, Worcestershire and West Midlands. Relying solely on donations, the charity operates three air ambulances, which have responded to over 38,500 emergency calls since its launch in 1991.

Ben Slater, Operations Director at WAE+, said: “Having had such a successful first year of business, we felt the time was right to share our good fortune with a local charity. Our team selected the Midlands Air Ambulance Charity as it is a great local cause. With each mission vital to someone in the area needing help, we decided to get involved in supporting the charity with its life-saving work. Our team has a variety of fun fundraising events planned.”

In addition to planned sponsorship of upcoming events including a Charity Golf Day and Recognition Awards , WAE+ will make regular donations and has even added a ‘round to the pound’ option on its website for customers to get involved in the fundraising. The online retailer will also provide items from its food and drink range to the charity for events it holds over the coming year.

Jason Levy, fundraising and marketing director at Midlands Air Ambulance, comments: “A rapid response to emergencies increases the chances of an injured person’s life being saved, so our service is vital as we get patients to hospital within the all-important Golden Hour. We attend on average ten missions every day and require around £6 million each year just to keep our teams in the air. Every donation is received with thanks and we see fundraisers like WAE+ as the real, unsung ‘helicopter heroes’ behind Midlands Air Ambulance Charity.”