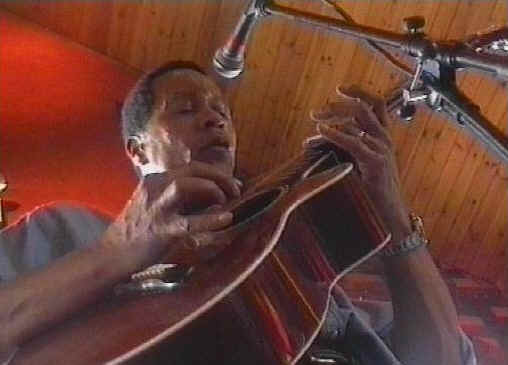 Singer Becky Brine has become a regular favourite of the festival and on Friday she’s appearing at the Touchwood shopping centre in Solihull at 12.30 and at the Colmore Bar & Grill, Waterloo St, at 7.30. Another musician with two Friday gigs is blues guitarist Will Johns, who will be at the Mailbox at 12.30 then the Water’s Edge at seven. However, the award for busiest act of the day goes to self-styled modern Dixieland band Lindy Pop, with sets at Victoria Square at three and 4.30, then the Lord Clifden at 7.30.

Two gigs taking place outside the city are also worth catching. Local hero Ricky Cool performs at Dudley Castle at 7.30 (£5) while another local, Steve Ajao, will be at the Sharman’s Cross, Solihull an hour later.

An interesting venue for music is the Museum of the Jewellery Quarter, where veteran jazz singer Val Wiseman will be performing at 12.30 on Saturday. Les Zauto Stompers de Paris are, not surprisingly, French and will be re-enacting the great days of trad and swing at the Sacks of Potatoes, Gosta Green, at three then the Wellington, Bennett’s Hill, at eight.

Becky Brine continues her slog around the festival circuit with a performance at Sam’s Jazz on the Water, Gas Street Basin, at 2.30 (£8) then the Hampton by Hilton, Broad Street, at seven. Another double-heading band are the Krupa Connection, playing the Gosta Green at 12.30 then the Lord Clifden at 7.30.

Sunday kicks off at midday with the Indigo Kings at the Botanical Gardens (£7) and Les Zauto Stompers de Paris half an hour later in the Mailbox.  Further out of town, Judy Eames and the Kaminsky Connection will be at Sarehole Mill at one, which is the same time that Digby Fairweather is performing at the Belfry. Sunday afternoon also features a fair slab of blues. Three o’clock sees Ricky Cool at the Brasshouse, Broad Street, while at four Big Joe Pleasure will be at the New Inn, Harborne. If you’re wondering who he might be, the clue’s in the surname. And an hour after that, our favourite blues band of the week so far, 58 Deluxe, will be at O’Neill’s in Solihull.

The festival is brought to a close by Les Zauto Stompers de Paris at the Lord Clifden 7.30 while at the same time the legendary Bob Kerr’s Whoopee Band will be at the Botanical Gardens (£15). And that’s it until next year.

These are just a few of the gigs that will be taking place. For full details visit www.bigbearmusic.com or call 0121-454 7020