Motorists are being urged by a road safety charity to concentrate at all times following the case of a driver who killed a cyclist while she was altering her satnav. 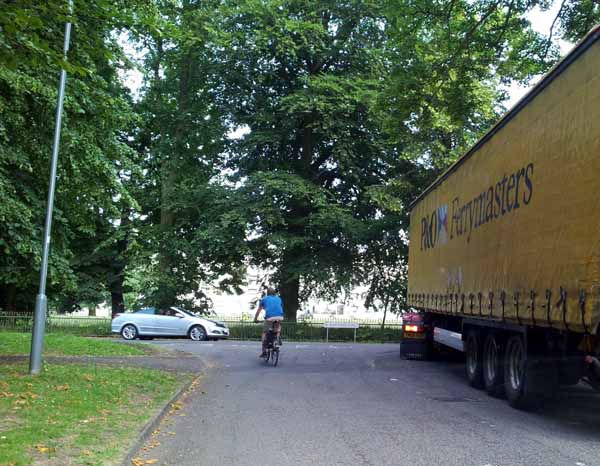 Birmingham-based DriveSafe says the conviction of Victoria McClure for causing death by dangerous driving serves as the starkest of warnings to all road users of the dangers of being distracted.

The 38-year old former paediatrician and mother of two had been fiddling with her satnav for almost 20 seconds when she saw Anthony Hilson, 46, too late and hit him.

Although McClure admitted causing death by careless driving, the prosecution insisted that she had killed someone by driving dangerously – an offence that carries a maximum sentence of 14 years. She will be sentenced at Reading Crown Court on August 30.

DriveSafe Founder Fay Goodman said: “This tragic case sends out the strongest of messages that drivers need to remain alert at all times. Only a few seconds of distraction can make the difference between life and death.”

Fay added: “Satnavs, like mobile phones, play an important role in our lives, especially in helping us arrive somewhere on time or in dealing with an emergency, but the temptations of technology can also drive us to distraction if we are not careful.

“Ms McClure probably thought that she was doing was nothing wrong in her actions, but her 20 seconds of driving blind are almost certain to result in her going to prison and facing a driving ban.”

DriveSafe has issued the following advice to help reduce the risk of distractions:

DriveSafe is campaigning to make driving safer and more pleasant for motorists, motorcyclists, cyclists and pedestrians through its ‘Courtesy on the Road’ campaign.

The Birmingham-based charity published a driver’s handbook, ‘DriveSafe – An Essential Guide for Motorists’ in association with Aston University last year.