An apprentice with Birmingham-based building services provider J S Wright has been recognised as the best in the business after winning a top national award. 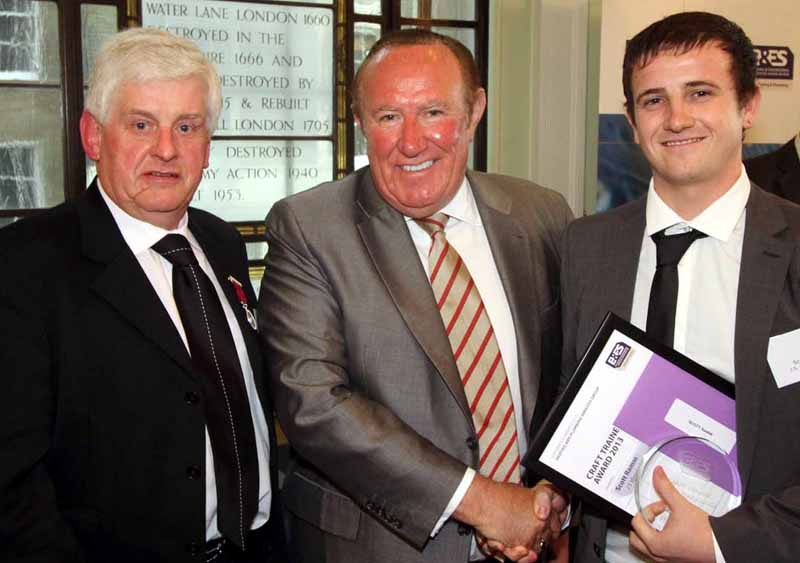 Scott Ramm received the Heating and Plumbing Services Group Craft Trainee of the Year Award from the Building and Engineering Services Association (B&ESA).

The 22-year old was presented with a trophy and a cheque for £250 for his hard work, dedication and competence by editor and broadcaster Andrew Neil during the B&ES Annual Conference at Trinity House in London.

Currently studying for an NVQ Diploma in Plumbing & Heating at Barking & Dagenham College, Scott joined J S Wright in 2011 and is currently working on a major mixed-use development at Central Square near The Barbican.

Scott’s award was also an accolade for J S Wright which earlier this year won the Outstanding Contribution to the Industry award at the 2013 H&V Awards.

The company, which recently netted a deal worth around £5.7m to equip a new housing scheme next to Arsenal’s Emirates Stadium, has been expanding rapidly in London where residential projects account for over 70 per cent of its business.

Marcus Aniol, Managing Director of J S Wright, added: “Scott is one of an excellent group of hard working and highly committed apprentices that are helping us remain at the forefront of the building services industry.”