DE.CON.STRUCT is a group exhibition, which aims to challenge gender norms and ideals. 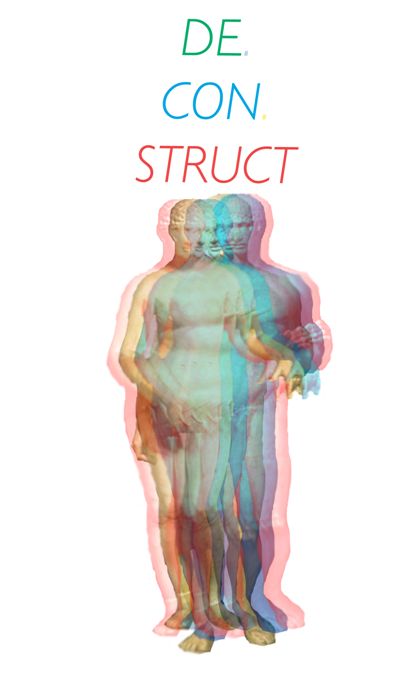 This exhibition, which will be displayed in mac Birmingham’s first floor gallery, is part of THE OPEN PROJECT, which aims to reinvent the ‘open’ exhibition format.  Co-curated by four young creatives  living in Birmingham aged 21 – 23  DE.CON.STRUCT takes place from Thursday 25 July – Sunday 28 July – 12pm – 8pm.

Through the selected artworks, the curators aim to question “what is Masculinity?” and “what is Femininity?”. Society has created a structure which defines what gender should be, and opposing ideas to these often cause controversy and confusion.

The audience are able to get involved with the issues that DE.CON.STRUCT has presented, by answering the question themselves: What is gender?

Everyone can then read each other’s comments, which will be presented on the comments wall; encouraging discussion and debate.

The four young creatives who were selected to curate this opening exhibition are from varying backgrounds:-

Hannah Bradley is approaching the end of a Masters course in Art Gallery and Museum Studies at The University of Manchester. Hannah’s theoretical studies include her completion of a BA (Hons) in Art History.

Katherine Harris is nearing the completion of her Contemporary Applied Arts degree at Hereford College of Arts. After which, Katherine aims to set up her own creative practice and pursue her interest in curating further.

Emma Leppington is currently undertaking a Masters course in Contemporary Curatorial Practice at Birmingham City University. Emma exhibited as an artist in the previous ‘anticurate’ programme in 2011.  Through this involvement she became interested in the  open format approach,  through a curatorial perspective. Emma is also co- director of STRYX, which is an artist lead gallery space in Digbeth. www.stryx.co.uk

Christopher Ward is currently studying Fine Art at Birmingham Institute of Art and Design, and is planning to pursue a Masters course in Public Art in Germany. Chris is also part of the Cannon Hill Collective which presents exhibitions at the mac Birmingham.