For the fourth year in succession the Stoford sponsored Midlands Property Rugby Team has retained the title in the annual Tri Region Charity Rugby Festival. 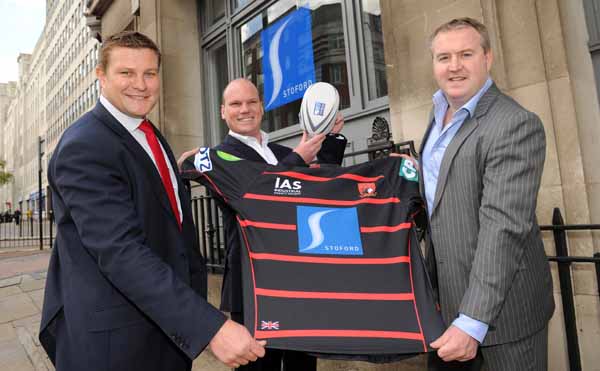 Jonathan said: “This year proved to be a great tournament with some high quality competitive games of rugby.  Credit goes to all North West, Yorkshire and Midlands teams involved.

“A strong combined Midlands team performance enabled us to retain another victory for the fourth year running. Whilst we have taken the winning trophy home again this year, rugby was the true winner on the day.

Dan said: “Everyone had a tremendous day and it highlighted the competitive camaraderie of all those involved.  Stoford is proud to sponsor such a positive sporting event that also helps those less fortunate.”

Money raised will be given to chosen charities, Cure Leukaemia and Bowel Cancer Research.