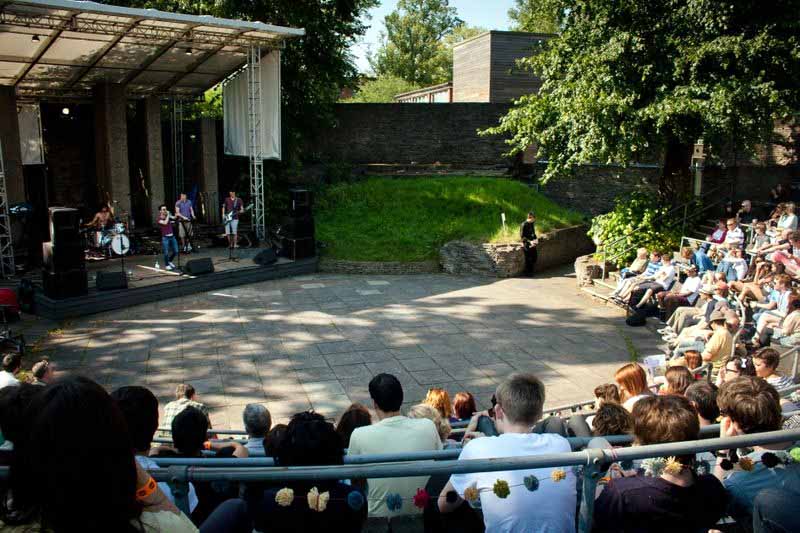 Produced in partnership with One Beat Records and Brum Notes Magazine, the festival, which takes place in mac birmingham’s outdoor arena on Saturday 20 July, will see the folk collective Boat to Row headlining the event. They’ll be joined  by a  roster of established and emerging bands and local unsigned artists.

Following the success of last year’s music festival (One Beat Sunday), which sold out and attracted over 400 young people – One Beat Saturday promises to be bigger and better.

This year’s festival will be compered by Amy Sumner, freelance music journalist (NME, Brum Notes) and local radio DJ Jack Parker, who currently presents his new music and unsigned bands show on Birmingham Universities’ ‘Scratch Radio’. Both were responsible for selecting this year’s local unsigned bands Sugar and These Kings.

DJ Jack Parker said: “It’s so good to see a line up full of the talent that I have been pushing to the people on my radio show, taking to the stage at an acclaimed music festival, right in the city that these excellent bands reside in.”

Daniel Whitehouse, Next Generation Producer, mac birmingham added: ‘The success of last year’s event gave us the impetus to schedule One Beat Saturday. There’s a growing, youth orientated audience that wants to see new music from West Midlands based bands. The music scene across Birmingham and surrounding areas continues to grow and mac birmingham’s Next Generation programme is right at the forefront of sharing its growth with younger festival goers. As well as showcasing bands, we’re supporting young people to gain experience behind the scenes of a festival. They’ve assisted on everything, from flyer and poster design to press, marketing, compering and DJing. So the event is authentic in its desire to involve young people at every stage. One Beat Saturday is here to stay!’

Festival goers will also enjoy vintage clothing stalls, spoken word artists and DJ sets from Jack  and Amy.  A delicious bbq menu will feed all the revellers throughout the day. Gates open at 1.30pm with the event finishing at 10pm.

Ticket prices have been held at £10 for the whole day and are available online at http://www.macarts.co.uk/event/one-beat-saturday or by calling mac birmingham on 0121 446 3232.