Government plans revealed today, 28th June, for the introduction of a National Pollinator Strategy to tackle the rapid decline of Britain’s bees and other pollinating insects have been given a cautious welcome by Friends of the Earth. 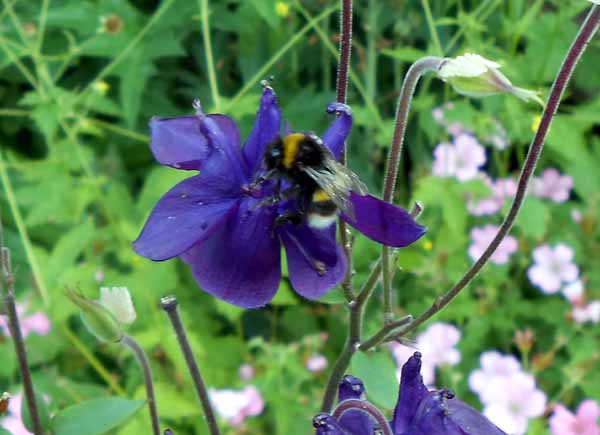 The proposals, which will be outlined by environment minister Lord de Mauley at a Friends of the Earth Bee Summit later this morning, follows an intense campaign by the environment charity and other organisations for an urgent Bee Action Plan to tackle all the causes of the decline in bees and other pollinators.

Friends of the Earth is waiting for more detail on the Government’s plans, but believes:-

Friends of the Earth’s Executive Director Andy Atkins said: “We’re delighted that enormous pressure for a Bee Action Plan from scientists, businesses and the public has stung the Government into action.

“We all agree prompt measures are needed to tackle all the threats bees and other pollinators face, but an urgent and comprehensive route map and timetable are needed to ensure this happens.

“The Minister’s plan of action must be in place when bees emerge from hibernation next spring – we can’t afford to gamble any longer with our food, countryside and economy.”

Calls for an urgent Bee Action Plan – which addresses all the threats faced by all of Britain’s 250 plus bees and other pollinators has attracted massive support. Over 200 MPs, businesses such as the Co-operative and B&amp;Q, the Women’s Institute and over 70,000 individuals have already backed the plan. A petition calling for Lord de Mauley started less than a week ago was backed by 20,000 people.

Today’s Bee Summit was organised by the environment charity and co-hosted by Waitrose, the Co-operative and the National Federation of Women’s Institutes. It brought together government officials, MPs, scientists, farmers, landowners, food retailers and producers to agree on the action required to reverse the decline of all Britain’s bees.

The summit comes amid growing public and political pressure for the Government to tackle the alarming decline in Britain’s bees.

Wild honey bees are nearly extinct and solitary bees are declining in more than half the areas they’ve been studied. Some species of bumblebee have been lost altogether. Last month The University of Reading revealed that a dozen of the UK’s most iconic bees, including our rarest solitary bee, the Large Mason Bee, are in serious jeopardy. Earlier this month it was revealed that a third of all honeybee colonies in England died over the winter.