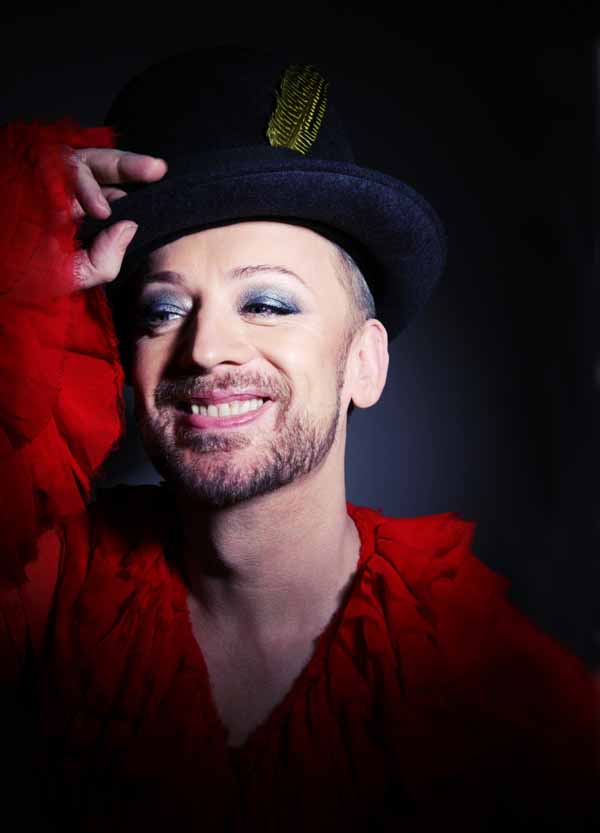 Following on from his sell-out Meltdown performance – Boy George – universally recognised as one of our generation’s most iconic artists, is back with his first new studio album of original material in almost two decades, entitled ‘This Is What I Do’.

This Is What I Do is produced by Richie Stevens (Soul II Soul, Tina Turner, Simply Red, Culture Club) and mixed by Dave Bascombe (Tears For Fears, Depeche Mode, Pendulum) and features brand new songs written by Boy George. The album features many guest musicians, some of whom are expected to appear as George’s band on his live dates.

Boy George needs little introduction. With a career spanning over 30 years he first shot to international stardom in the 1980’s as the front man of one of the UK’s biggest exports – Culture Club – and had continued success as a solo artist.  He has sold over 150 million records with top 10 hits in every country. Boy George is a hugely respected house DJ, playing for twenty years, and continues to DJ successfully in clubs all over the globe.  However it is his new album, This Is What I Do, that reinforces his first true love – writing & singing.