Coventry’s Belgrade Theatre has announced that a further 22 shows will be on sale from Mon 1 July, including Madness musical Our House, Horrible Histories, Fascinating Aida and all male Shakespeare company, Propeller return with their adaptation of A Midsummer Night’s Dream and The Comedy of Errors. 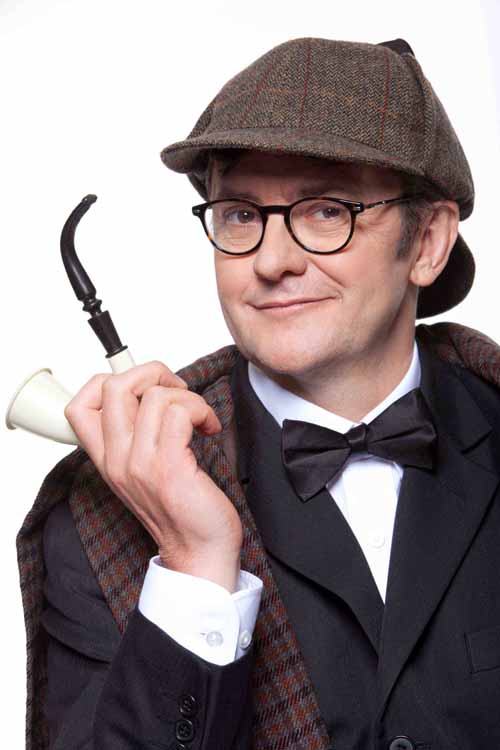 Running on the Main Stage from Weds 23 to Sat 26 Oct is Kindertransport. Directed by Coronation Street actor Andrew Hall, this production marks the 75th anniversary of the kindertransport movement, which resulted in over 10,000, mainly Jewish children being separated from their parents as they were ferried to safety from Germany and Austria during the Second World War.

This will be followed by new musical Our House on the Main Stage from Mon 28 Oct to Sat 2 Nov. Inspired by the music of the hit band Madness, this musical comedy is a tale of life, love, heartbreak and hilarity, set in London’s famous Camden Town in the mid-‘80s. The show won the Laurence Olivier Award for Best New Musical in 2003 and features some of the greatest hits from Madness’s back catalogue including, Our House, Baggy Trousers, My Girl and Driving in My Car.

Once again, The Shakespeare Schools Festival will work with 1,000 secondary, primary and special schools all over the UK to stage abridged Shakespeare productions in the Belgrade’s B2 auditorium on Mon 14 and Tues 15 Oct.

Coventry’s best-loved variety show, Midday Variety will be returning with two shows on Thurs 10 Oct and 7 Nov featuring an all star line-up including comedian Mick Miller and the Fast Lane Orchestra.

There’s fun for the family on Fri 8 and Sat 9 Nov when Aliens Love Underpants takes to the Main Stage. Based on the best-selling children’s book, this zany tale is brought to life on stage for the very first time, with special effects, madcap action and original music. 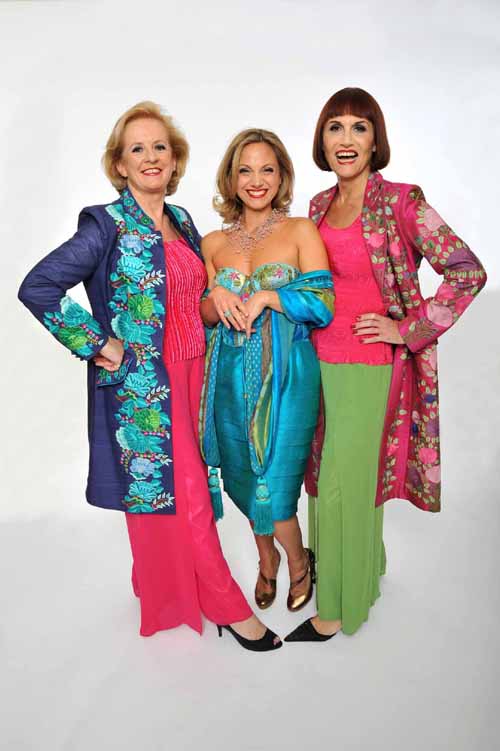 Fascinating Aida return to the Main Stage on Weds 13 Nov

Comedian, actor, television presenter and King of the I’m a Celebrity Get Me Out Of Here jungle, Joe Pasquale will be making his way to the Belgrade in the Sherlock Holmes spoof Ha Ha Holmes! on Tues 12 Nov. Fascinating Aida return to the Main Stage on Weds 13 Nov in their new show Charm Offensive and Moscow Ballet La Classique return with Sleeping Beauty from Thurs 14 to Sat 16 Nov.

2014 gets off to a tuneful start with a series of one night music and dance shows throughout January, starting with Vampires Rock on Weds 15 Jan, Big Girls Don’t Cry on Thurs 16 Jan, An Evening of Burlesque on Fri 17 Jan and Abba Mania on Sat 18 Jan.

Following the huge success of their first visit with La Bohème, Olivier Award-winning OperaUpClose returns to the Belgrade with their new version of La Traviata on Tues 21 Jan.  This will be followed by One Night of Elvis on Weds 22 Jan, Circus of Horrors’ new show London after Midnight on Thurs 23 Jan, The Rat Pack is Back on Fri 24 Jan and Magic of Motown on Sat 25 Jan.

Hot on the heels of their hugely successful productions of Richard III, Henry V, The Winter’s Tale and Twelfth Night, all male Shakespeare company Propeller return to the Main Stage with A Midsummer Night’s Dream and The Comedy of Errors from Tues 11 to Sat 15 Feb.

The nation’s favourite cookery show, Ready Steady Cook, is bringing kitchen combat to the Main Stage on Mon 10 and Tues 11 March, with star hosts Russell Grant and Lesley Waters and the plight of the 1984 miner’s strike is brought to life on stage with Brassed Off from Weds 23 to Sat 26 April. Coinciding with the 30th anniversary of the Miners’ Strike, this funny and heart-warming drama will feature rousing live music, including Rodrigo’s Concierto de Aranjuez and Jerusalem, and a locally cast Brass Band will perform the final scene.

These 22 shows finalise the Belgrade’s autumn season, which also includes the return of the theatre’s hit Coventry Blitz play One Night in November, new musical The Prodigals, B2 drama Charlie Peace: His Amazing Life and Astounding Legend, hit musical Blood Brothers, and many more.

Tickets for all of the new shows will be on sale to Friends of the Belgrade Theatre on Fri 28 June and on general sale on Mon 1 July. Tickets can be purchased from the box office on 024 7655 3055 or via www.belgrade.co.uk where cheaper tickets are available.