Dave Woodhall sees Villa sign off 2012-13 with less than a bang. 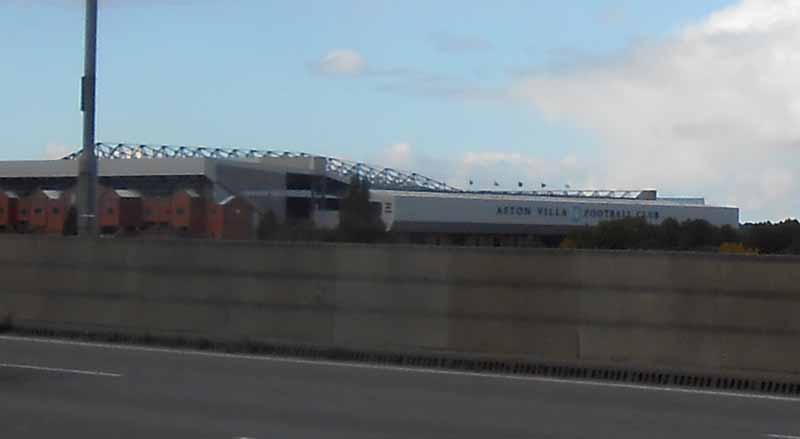 There was a time when the last game of the season took place on a Saturday afternoon, and if it was away it usually ended in the early hours of Sunday morning, invariably after a trip to the coast (there being nobody on earth like a Brummie football supporter for finding the nearest seaside town from any given place). Now it’s on a Sunday afternoon, with Sky hyping all the last day drama in the nailbiting, er, battle for third place.

Villa went to Wigan. What had been billed as a last-game survival battle turned out to be a bit of an anti-climax with the home side already down and Villa safe,  although we could have finished anywhere between eleventh and seventeenth, which added a bit of mild excitement to the afternoon. Wigan paraded the FA Cup before the game, which is the closest most of us have ever come to the trophy, while Villa supporters paid due homage to Stiliyan Petrov before, during and after the game. We’ll miss Wigan – there’s usually a decent allocation of seats (although this year’s was clouded in controversy owning to the potential importance of the match), prices are reasonable and there’s the added bonus of the town’s most famous contribution to world music being played regularly. May they make a rapid return to the Premier League, even if it would mean seeing more of Dave Whelan.

As for the match, Darren Bent put Villa ahead within five minutes, showing why he would be an asset to just about any club in the country before vanishing for the rest of the game, showing why he’ll be off in the summer. Wigan scored twice before Ron Vlaar, possibly the most disappointing of Paul Lambert’s summer buys considering his pedigree, equalised with another of Villa’s spectacular 2012-13 goals.

And that was it, another season over. In the end we finished fifteenth, which was lower than most would have predicted in August but better than feared during the depths of winter. 2012-13 has seen some of Villa’s all-time lowest points (that semi-final in particular will take a lot of living down) but there’s also been signs of the green shoots of recovery and there seems to be a general feeling that good times are once more on their way. The boundless optimism that greeted Randy Lerner’s arrival has been replaced by pragmatism – we can’t spend our way into the big time, we can’t really compete with the megarich clubs but we can get back to the best of the rest position that has been ours for much of the Premier League era and watch some decent football at the same time. Some of our more experienced players have let the club down and will hopefully be leaving during the summer but for every Stephen Ireland there’s an Ashley Westwood signed for a fraction of the cost, with less natural ability but whose enthusiasm and desire will see him having a much more successful career.

Whatever happens in the transfer market during the summer, Lambert’s buys so far have shown that he can be trusted with whatever money is available and if he can learn to make substitutions as well as he can sign players the future will be a bright one. A couple of defenders, two more in midfield and a forward will make a huge difference, and they don’t necessarily have to cost the earth.