John Lines cuts the cake and members of the CBSO played the music to give a send off to the new bmi regional Gothenburg service. 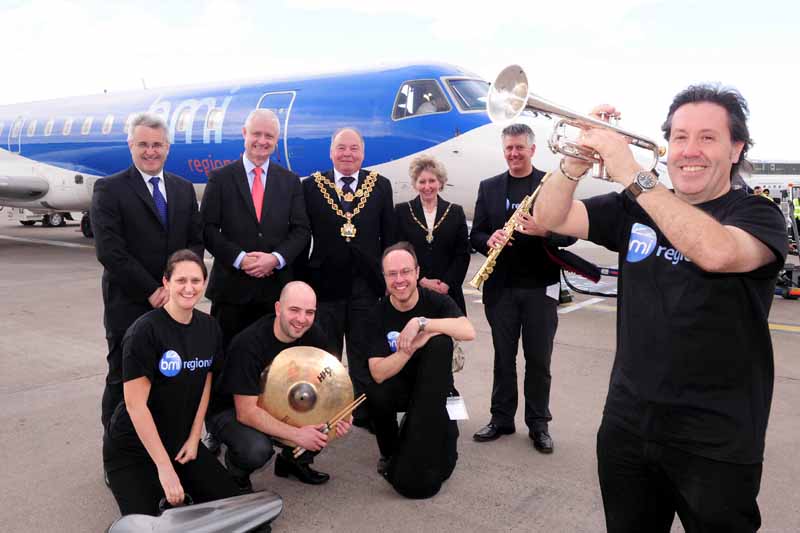 bmi regional has already created 75 new jobs in the Midlands in the last six months and the new air service will create a better network for both leisure and business travellers from the Midlands.

bmi regional became independent from BMI in June 2012 and employs over 400 staff throughout the UK. 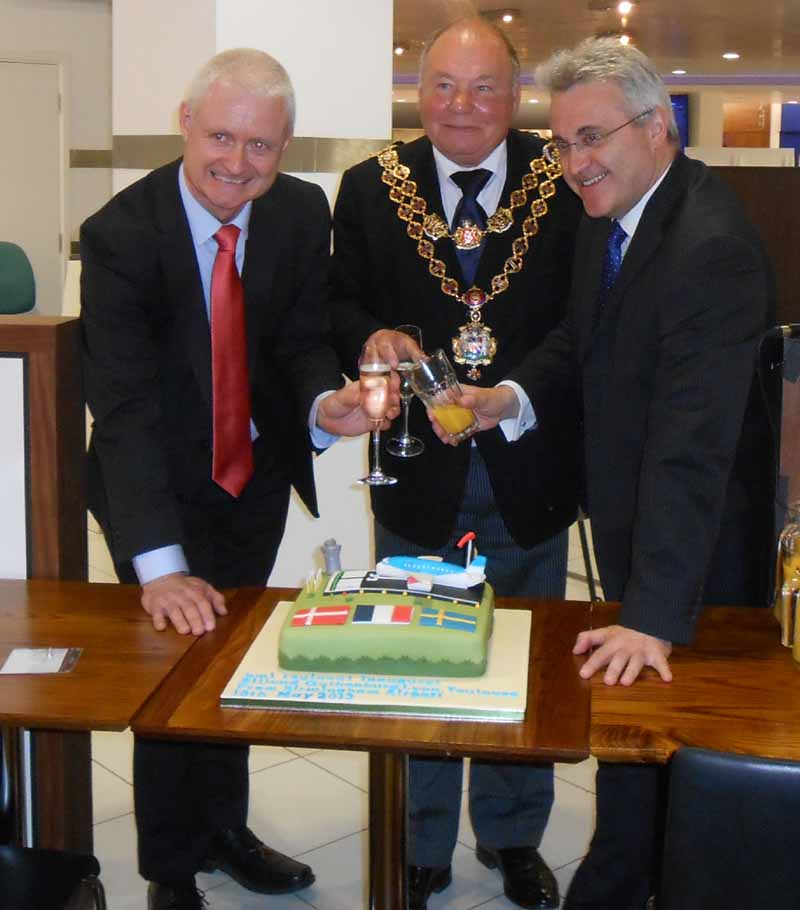 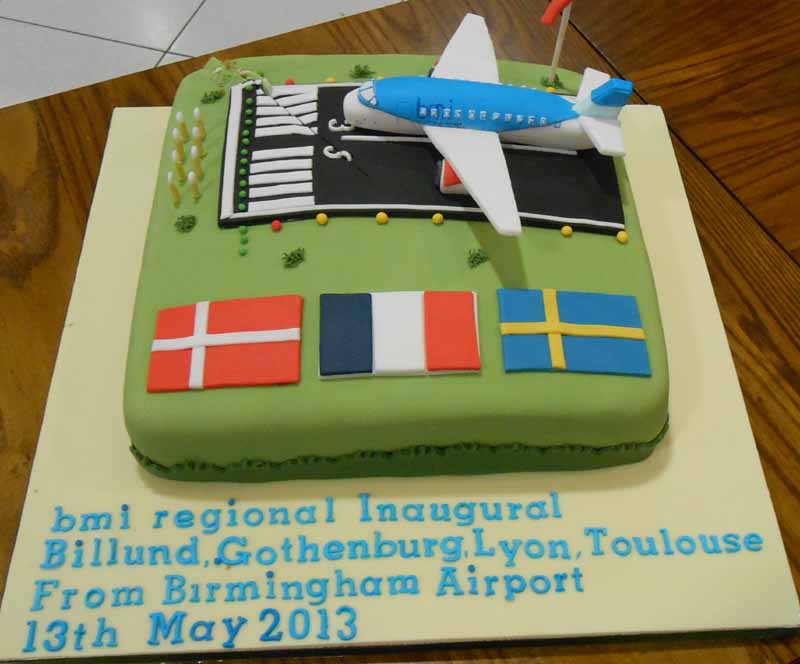 Cathal O’Connell, Chief Executive of bmi regional, said: “We’re pleased to announce the routes from Birmingham today. With fares starting from as little as £39, we are reducing both the cost and travel time for both business and leisure travellers who wish to travel to popular European destinations.  With increasing congestion in some London airports, Birmingham Airport is a great alternative to those who recognise the benefits of less crowded airports, speedy boarding, good shopping and eating facilities.”

bmi regional flights can be booked now at www.bmiregional.com. Fares start from £59, one way including taxes and charges and all flights include complimentary food & drink on-board, allocated seating, bags fly free, 30 minute check-in and an all jet Embraer fleet.