A diverse selection of short films from students at Coventry School of Art and Design will be screened in the city in June. 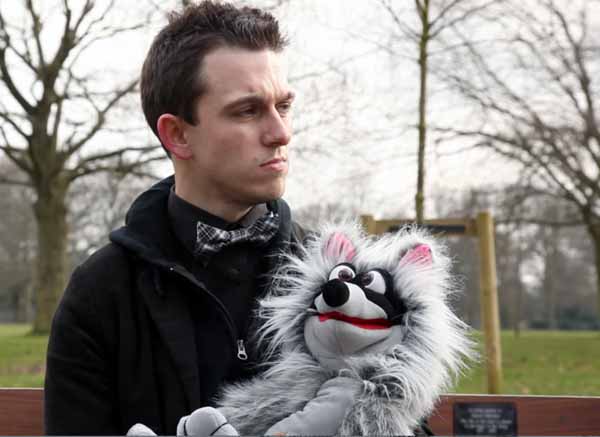 This annual showcase of emerging creative talent features everything from theatre productions, music acts and dance performances to film, photography, fashion and design exhibitions all taking place or on display at venues across Coventry and other locations throughout the early summer months.

The film screenings are part of the Degree Show’s Art, Design and Media exhibition in Coventry, which is open to the public from Saturday 1 to Thursday 6 June.

In total 38 films encapsulating different genres from science-fiction to psychological romance are to be shown during the week-long exhibition. Shot on location locally and as far afield as Spain and Scotland, these ambitious works of dramatic and documentary story telling reflect the broad artistic interests of the graduating students and demonstrate their professional, technical and creative skills.

The following films are amongst the works being screened.

By Luke Arthur and Gregory Muldoon

Natalie, in her late twenties, learns of her mother’s death from Huntington’s disease. Aware that she too could have the condition, she travels to Spain to reconcile a relationship with her estranged sister Alison. Tacking the issue of hereditary disease and its emotional consequences, Anything in Return explores the psychological and social effects of personal tragedy and exposes the frailty of family bonds.

By Govinder Singh and Sunil Singh

Uncovering a series of mysterious events while exploring the depths of Galloway Forest Park in Scotland, two friends become trapped in a continuous time loop in this diminutive and disconcerting sci-fi drama with an extraordinary twist.

Finding solace in puppetry, a young man comes to terms with depression after the death of his dog rouses feelings from his past. Dearly Departed is a tender, short film which deals with themes of grief, alienation and anxiety.

By Dean Atkinson and Gailene Pierre

An unconventional and experimental documentary tackling the issue of mental illness, Instability follows a young girl’s emotional journey in a compelling, heartfelt story with a hopeful message.

By Sarah Wildash and Victoria Smith

Just one more, love is a poignant portrayal of loss and loneliness. Perry, an elderly widow, spends the day in his local cafe in Leamington Spa, talking with customers as they come and go and watching the world outside from his seat by the window. He really mustn’t stay too long but finds it difficult to leave the comfort of the cafe and the opportunities for company that it offers.

The World of Night

After experiencing recurring dreams in which figures from his past and present come vividly to life, Blake starts a diary to record and rationalise his subconscious. But as he searches for answers the lines between the dream world and the real world become increasingly blurred. Inspired by the work of Stephen LaBerge and his research in to lucid dreaming, The World of Night is a short psychological romance with themes of life and death told through different layers of consciousness.

Film screenings in Coventry are open to the public from 10am to 5pm Saturday 1 to Thursday 6 June at the Graham Sutherland Building, Gosford Street, Coventry CV1 5PH. A teaser trailer of the other works on show is available to view on YouTube.

In addition to the public film shows in Coventry, there will be private screenings of selected works for industry professionals in London and Birmingham. These will take place from 6pm to 8pm on Tuesday 11 June at The Electric Cinema, 47–49 Station Street, Birmingham B5 4DY and from 4pm to 8pm on Thursday 13 June at the Courthouse Doubletree by Hilton, 19-21 Great Marlborough St, London W1F 7HL.