Edwardian London is being held to ransom – and who can rescue the capital from arch-villains ‘The British League of Underhanded Scoundrels, Traitors, Extortionists and Rapscallions?’ 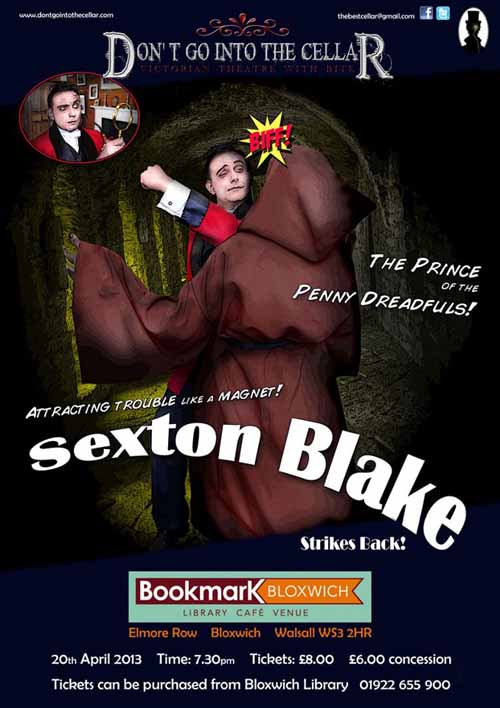 Only one man – the world-famous detective Sexton Blake, The Prince of the Penny Dreadfuls, can save the day!

In ‘Sexton Blake Strikes Back!’, the latest live on stage theatrical production by legendary professional theatre company ‘Don’t Go Into The Cellar’, presented by Bloxwich Library Forum, theatre-goers can expect derring-do, last-minute escapes, narrow scrapes and fates worse than death in this affectionate homage to the way heroes had used to be.

“Created by Harry Blyth in 1893, Sexton Blake adventures appeared in a wide variety of British and international publications (in many languages) from 1893 to 1978, running to over 4,000 stories by some 200 different authors.

“Blake was also the hero of numerous silent and sound films, radio serials and a 1960s ITV television series which many remember fondly.

“Now the legend that is Sexton Blake is coming to Bloxwich, in a play by the invariably excellent ‘Don’t Go Into The Cellar’ – so adventure, excitement and huge fun can be expected in equal measure!”