A University of Wolverhampton society is celebrating after it scooped a top award at a national student conference.

The University’s LGBT+ Society landed the ‘Event of the Year’ award at the 2013 NUS LGBT Conference for its recent “Unfinished Battle for LGBT Equality” event. 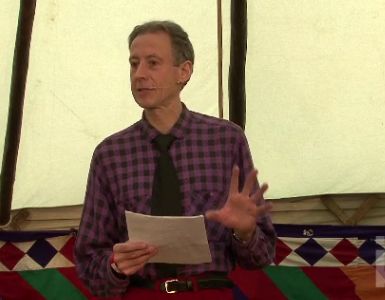 A highlight of the event, organised as part of the LGBT History Month in February, was a speech by human rights campaigner Peter Tatchell, Director of the Peter Tatchell Foundation (PTF), who has been championing LGBT equality since 1967.

The society was further lauded at the Conference with nominations in two other categories – the ‘Campaign of the Year’ award and the ‘LGBT Society Development’ award.

The University’s student LGBT+ society is an inclusive society that welcomes students irrespective of their sexual orientation and gender identity.

Laura Jones, Chair of the LGBT+ Society, said: “I am so proud to be at the head of LGBT+ which is continually pushing back the boundaries of what is possible at the University of Wolverhampton. To be given an award for our work by the NUS LGBT Committee validates the new direction we have taken in recent years and all of our hard work during that time.”

“The event was the culmination of a series of joint initiatives between students and staff and was opened by a passionate keynote from the world-renowned human rights campaigner Peter Tatchell. This award is strong encouragement for us to continue the work to make our university and our society a more inclusive, tolerant and open one.”

The society has been engaged in various activities for events such as World Aids Day, Ally Week & campaigns for Marriage Equality. The next event the society will be working towards will be IDAHO – International Day against Homophobia – in May.

Over 300 delegates from 100 societies across the UK attended the NUS LGBT conference in Manchester.