Meal recipes promoted by celebrity chefs in Britain could be a hidden contributing factor to the country’s obesity epidemic and associated public health concerns, according to new research. 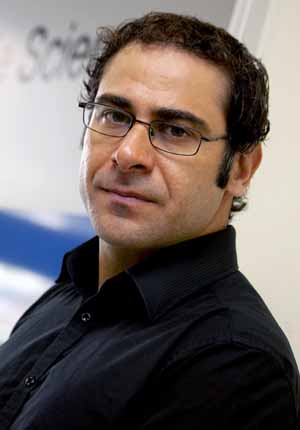 The study, authored by nutrition experts at Coventry University and published this month in the open access journal Food and Public Health, reveals that 87% of a sample of almost a thousand celebrity chef recipes fell substantially short of the UK government’s healthy eating recommendations.

Researchers in the University’s department of health professions analysed the nutritional contents of 904 recipes from 26 celebrity chefs1, with recipes sampled randomly from chefs’ best-selling books and websites in such a way as to ensure a balanced representation of different types of meals.

After a systematic analysis of each of the recipes2, the academics discovered that only 13% used ingredients that presented an overall nutritional composition which would be considered healthy in accordance with the Food Standards Agency’s healthy eating benchmarks.

The results also indicate that all celebrity chefs whose ingredients were analysed promote recipes containing undesirable levels of certain nutrients – particularly saturated fatty acids (SFA), sugars and salt – which are linked to obesity and cardiometabolic risk factors associated with diabetes and heart disease.

92% of chefs presented at least one meal recipe whose SFA content was above the recommended intake for an entire day – one recipe even contained over five times the healthy eating benchmark – while over half the chefs had single recipes equating to or exceeding the guideline daily amount of 6g of salt.

Anecdotal evidence gathered by the authors prior to the study suggests that over three-quarters of a general population cohort believe that celebrity chefs promote healthy eating and that their recipes are healthy.

Dr Ricardo Costa, senior lecturer and researcher in dietetics at Coventry University – and one of the study’s authors – said: “This study is not about naming and shaming celebrity chefs, however given the level of trust the public tends to place in the nutritional integrity of these cooks’ recipes it’s important to highlight where they’re falling short of healthy eating benchmarks.

“When you have celebrity chefs involved with promoting many of the government’s healthy eating initiatives, you inevitably encourage a culture of confidence in their culinary practices. So I think there ought to be a tightening up of regulation around what these chefs can present on their own terms when it comes to nutrition or healthy eating messages, particularly in light of the results of this study. If people regularly use the recipes found in these cookbooks, it could be that celebrity chefs are exacerbating public health nutrition issues in the UK.

“Our research is aiming to draw more focused attention towards the recipes of professional cooks in the public eye, and will hopefully prompt the chefs to consider working with qualified dietetic and nutritional professionals in the future to reverse their potential negative impact.”

The results from the Coventry University study also indicated the following: