Alan Clawley explains the case for retention, not destruction. 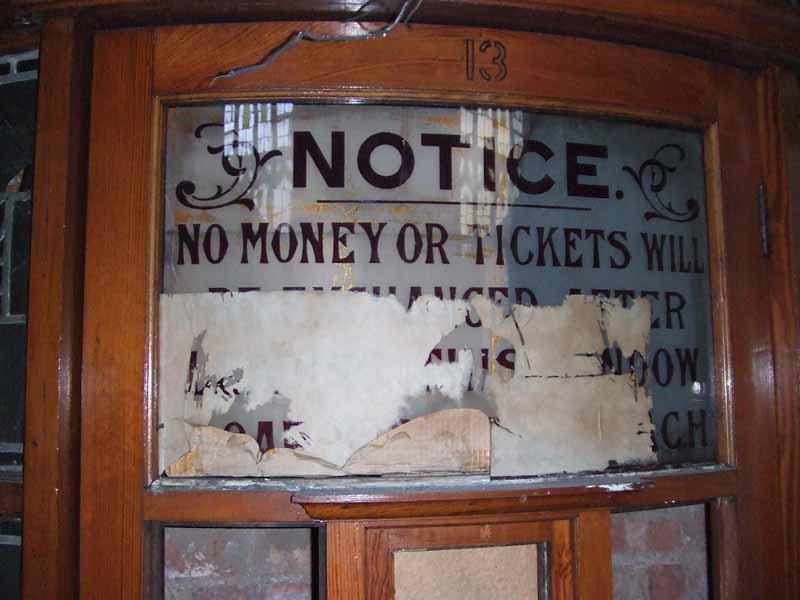 Making the best of what we have now may be a way of life that most people associate with post-war austerity. Nowadays, commonsense slogans such as ‘A stitch in time saves nine’ have fallen out of use. We have been conditioned to think that consumer goods, clothes, buildings and major structures can be discarded and destroyed rather that repaired or re-used.

So why, when we are said to be entering a new era of austerity, do the owners of buildings still want to demolish and re-build them rather than put their money into their conservation.

Local authorities are the biggest culprits.

In the days of plenty they starved their buildings of money for maintenance in the expectation that the government would let them borrow lots of money to build new buildings when the ones they owned fell down from sheer neglect. The story is repeated ad infinitum – 1960s school buildings, Victorian Swimming baths, 1970s public libraries, public parks, mediaeval timber-framed buildings. The deficit revenue funding regime is probably the main cause of such irresponsible behaviour. It failed to make councils put aside money into Building Sinking Funds. The last one I heard of was the £1.8 million that was reserved for the Central Library but which was spent on consultants’ fees for the new library instead.

Now Birmingham City Council has the audacity to say that there is ‘no money’ in the budget to spend on seriously neglected facilities such as Moseley Road Baths.

The future of these truly iconic buildings must be in serious doubt unless there is an immediate and drastic change in the mind-set of City Councillors and government.

Perhaps they have not yet caught up with the reality. They talk about austerity but they continue to behave as if there is no tomorrow. Even when the financial crash hit the world in 2007 Mike Whitby insisted on going ahead with a £193 million new library claiming that Birmingham would buck the trend by showing the rest of the world that he was not afraid to spend large quantities of borrowed money. 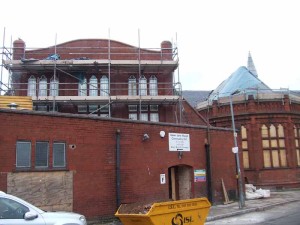 The former Green Lane Baths and Library being restored by its owners, the Markazi Jamiat Ahl-e-Hadith 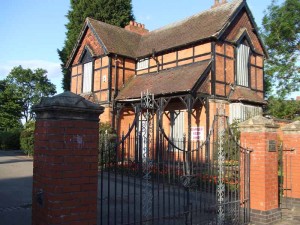 Saving historic buildings is however just one special aspect of conservation. In the past we have used energy and mineral resources as if they were unlimited. In times of austerity, we need to cut consumption of fuel rather than look for ways of cutting its unit cost. Conserving all buildings, not just the favoured few, will help contain emissions of CO2 because of the huge amounts of fossil fuel that were used in their construction. Spending money on the insulation of existing buildings and fitting them with solar panels will save energy and reduce future energy bills for consumers.

Finally, a Green New Deal – like the New Deal devised in the US Depression – would create jobs through publicly-funding programmes of insulation and renewable energy. Conservation of all kinds is bound to be more labour intensive than new construction projects. What can make more sense in an era of austerity – cutting jobs or creating lots of new ones?