The current horse meat scandal could have been avoided if a system developed by the University of Wolverhampton to trace food was in use, according to experts. 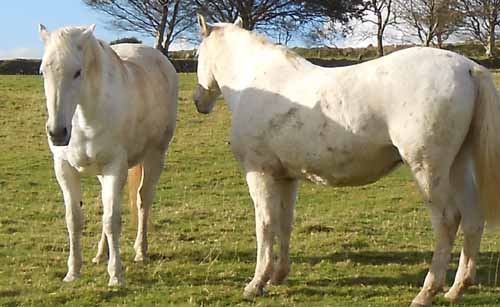 The University, alongside eight partners across Europe, have recently completed the Farm to Fork research project.

This was a pilot 3.6m euro project which developed and utilised a range of technologies, including Radio Frequency Identification (RFID) to identify and trace food information across Europe from producer to consumer.

The system works by identifying individual items of food and tracking precisely what happens to them during the production process.

RFID and other technologies (such as bar codes) identify the item and allow its location and the process it is undertaken to be determined.

Sensor networks allow environmental factors such as temperature and humidity to be tracked. The records are stored in a secure database from which the history of individual items can be generated. They are packaged and labelled with a QR or other code which identifies the individual item.

When the product reaches shops, consumers can scan the code with a smartphone, tablet or in-store scanner and the system generates a web page in real time, which gives detailed information such as where it originated from, where it was processed, packed and stored, how it was transported and at what temperature and how many miles its travelled.

During the two-and-a-half-year project the system was successfully tested with a range of producers of meat, dairy, fish and wine products in countries including the UK, Spain, Italy and Slovenia.

Professor Bob Newman, a computer scientist from the University’s School of Technology, led the research team in the project.

He explained: “The food industry is not currently working in a joined up way – there are plenty of processes and procedures but no coherent system. The Farm to Fork project bridges the gap between the supplier and retailers and the consumer.

“It ensures proof of origin, as the system captures a record of the production history, which can be used if product tracing is ever required. There are advantages for the food and drink sector as it provides a more efficient tracking model, for example by providing authentication of the origin of food.

“We firmly believe this can drive the next revolution in food – it can change consumer habits and change the food industry.

“We also believe it provides a solution to the current problem identified by the horsemeat scandal but it depends on suppliers and retailers getting on board. We are working to get this to be a standardised approach for suppliers as it has magnificent potential.

“There is a hunger from consumers for this sort of information on what they buy. In the UK we have become somewhat alienated from our food and settled for an industrialised culture of food production. More and more people want to know where their food comes from and what processes it has been through.

“Most quality producers want to be able to tell consumers the story of where their food came from as it builds trust and confidence.”

The Farm to Fork project has now come to a successful conclusion and is ready for commercialisation. Currently the project team are working with international standards organisations to ensure that it can cover foods, wherever their point of origin.

The project was funded by the European Commission’s Competitiveness and Innovation Framework Programme (CIP).