Police are cracking down on illegal road racing in Birmingham. 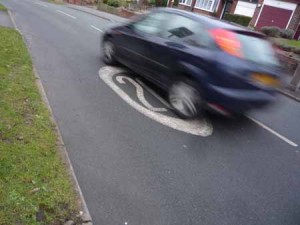 Effort to clamp down on illegal, dangerous street racing will be stepped up this weekend with traffic calming barriers installed on a Birmingham trunk road in an attempt to deter anti-social driving and protect the public. Temporary barriers will be placed on a section of Nechells’ Heartlands Parkway on Sunday night November 11 to reduce the stretch to a single carriageway and slow traffic speed.

Recent months have seen an increase in the number of cars using the busy road as a racetrack, reaching speeds of up to 120 mph and endangering both road users and spectators. Hundreds of motorists have been booked by West Midlands traffic police and 120 injunctions granted prohibiting offenders from taking part in, or even watching, street racing. However, the problem has shown no signs of abating and public outcry has forced Birmingham’s Road Safety Partnership, which includes the police, West Midlands Fire Service and Birmingham City Council, to install the barriers, which will be in place on Sunday nights, into the early hours of Monday morning, for the foreseeable future.

Inspector Paul Dutton, said: “These traffic calming measures will prevent side-by-side racing and reduce drive speeds. They will only be introduced late on Sunday night and into the early hours of Monday so won’t impact on the majority of other road users. Anyone who participates in street racing on Birmingham’s roads needs to understand we will prosecute them and they are likely to lose their licence and face a fine running into hundreds of pounds.”

Road Safety Partnership Manager Trudi Maybury, added: “Given the number of spectators and participants, one vehicle losing control could lead to devastating consequences. We’ve taken decisive action to curb this type of racing and to reduce the risk to our communities and law-abiding road users.”