A social worker has been nominated for a community award in Birmingham City Councils’ (BCC) annual recognition initiative, the Chamberlain Awards. 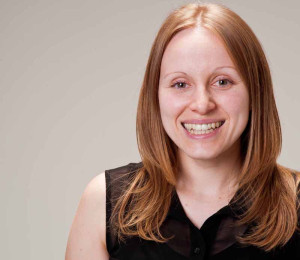 Sian Padfield has been named as a finalist in the Personal Achievement category of the Chamberlain Awards which aims to celebrate those council employees who have gone above and beyond their daily role and who have made a real difference to the lives of local people.

Described as ‘one in a million’ by her colleagues, Sian works with children, young adults and families in Birmingham, helping to secure the best possible standard of care for local people.

Janet Parks, senior social worker assistant who nominated Sian for the award, said: “The most important thing that any social worker can do is listen to the children and families they care for and this is something that Sian does without fail.

“The foster care and adoption process can often be a difficult time for children but it is true testament to Sian’s character and hard work that all the children she works with both respect and enjoy her company. I am so pleased that her dedication has been recognised and I know that I and the rest of her colleagues want to say a big thank you to her for everything she does.”

Dedicated to helping all children, Sian has learnt sign language in her spare time, ensuring that nothing can stand in her way. She also plays a key role in helping children come to terms with the fostering and adoption process, ensuring that those in care understand the reasons behind the decision.

Sian said: “Every child is an individual and every child has a right to happiness. I believe that all children should have parents and carers that put the child’s needs before their own but unfortunately some people are not able to do this and this is where the role of social workers is vitally important.

“Being able to spend quality time with children, and listen to their needs, allows us to create the best possible opportunities for their future. Spending time with the children under my care is a real joy, from playing simple games such as Hangman, to taking them on day trips or out for food. I don’t do this job for the recognition but to know that all my hard work has been acknowledged by my colleagues is a real honour.”

Ms Padfield qualified as a social worker four years ago and went on to get a job with Birmingham City Council.

Named after Joseph Chamberlain – one of the most respected civic leaders in history – the Chamberlain Awards recognises the achievements of BCC employees across ten diverse categories including personal achievement, working with communities and dynamic leadership. Winners in each of the categories will be announced in an awards ceremony at the ICC on Friday 9th November.