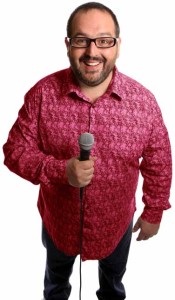 One of the UK’s most affable and entertaining comedians, Justin Moorhouse, will be bringing his new tour show Justin Time to the Glee Club Birmingham on Thursdsay 28th March, and Glee Club Nottingham on Thursday 11th April 2013.

His radio show on Manchester’s Key 103 has previously earned him a Sony Award nomination, not to mention, he writes and appears in his Radio 4 sitcom Everyone Quite Likes Justin – which came back for a new six-part series this Autumn.