Institute for Health Research drugs prescribed to more patients aged 75 and over will help to lower the risk of cardiovascular disease for that group. 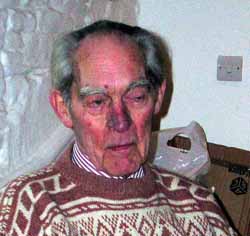 The researchers claim in a study published today on bmj,com, that as the population ages, greater use of these drugs could reduce disability and prolong healthy life expectancy.

The study was funded by the National Institute for Health Research (NIHR) via the Collaboration for Leadership in Applied Health Research and Care (CLAHRC) for Birmingham and Black Country and the NIHR Programme Grants for Applied Research scheme.

Cardiovascular diseases such as stroke, heart attack and heart failure are the principal cause of death in the UK and around the world. Drugs that help to lower blood pressure (antihypertensives) and cholesterol levels (statins) are safe and effective, yet current guidelines for preventing cardiovascular disease focus only on people aged 40-74 years.

Researchers from the two universities studied 36,679 patients aged 40 and over from 19 general practices in the West Midlands, to establish whether age and sex impact on prescriptions for antihypertensives and statins. None of the patients had a history of cardiovascular disease at the start of the study.

Results show that the likelihood of using antihypertensive medication increased with every five years but started to decline after the age of 85. Patients aged 75 and over had the highest use overall (56%) and women were 10% more likely to be taking antihypertensives than men.

A 2008 study has shown that antihypertensive treatment in those over 80 can reduce the risk of cardiovascular disease. The evidence for statin treatment in the elderly is less clear because trials have not been conducted in this population, but the authors say that there is no evidence to suggest that prescribing statins in elderly patients causes any harm.

The authors conclude that these research findings should be taken in to account by those prescribing drugs to prevent cardiovascular disease. They also suggest that guidelines should  be updated to reflect the latest evidence and that future research should look at the use of statin therapy in people aged 80 or more..

Researcher Dr James Sheppard, of the Department of Primary Care and Clinical Sciences at the University of Birmingham, commented: ‘This work highlights how guidelines and research can sometimes place insufficient emphasis on people over the age of 74. Given that more people are living for longer, understanding how best to prevent disease in this age group will become increasingly important’

Professor Dame Sally C. Davies, Chief Medical Officer and Chief Scientific Adviser at the Department of Health said: “These are important findings from this study, which was funded by the National Institute for Health Research, because we know that older people have historically been excluded from health research.”