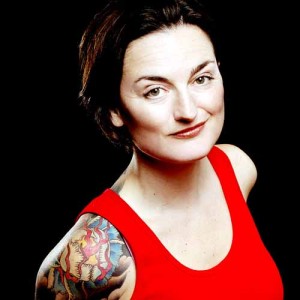 Taking place on the first Wednesday of the month, each night is compered by the loveable housewife, Mrs Barbara Nice, and features some of the finest upcoming and established comics from across the UK.

Headlined act, Zoe Lyons, created a huge buzz on the comedy circuit in 2004 when she won the ‘Nivea Funny Women Award 2004’ and reached the finals of Channel 4’s ‘So You Think You’re Funny Award’ in the same year. As a result she has become a highly sought after act on both the national and international circuit.

Zoe takes a sideways view of life, picking out the many absurdities and turning them into hilarious routines which she delivers with tremendous energy.  Having appeared on Michael McIntyre’s Comedy Roadshow, Dave’s One Night Stand and Mock to Week to name a few, she’s no stranger to the big time.

Completing the line up is Aaron Twitchen, a Birmingham based anecdotal comic, described as ‘certainly one to watch out for’ by Artshub after his debut at the Edinburgh Fringe.

Attracting an audience from across the region The Laughing Sole is committed to proving that comedy doesn’t have to be offensive and that clean humour can be entertaining without losing an edge.  Since launching five years ago in South Birmingham the friendly and hospitable club night has gained much admiration across the circuit with both comedians and comedy lovers buying into its philosophy.

For further information about events at The Public please call 0121 533 7161 or visit www.thepublic.com.