Tonight  sees a newcomer at the Robin in the shape of Norwegian guitarist Bjorn Berge. Although largely unknown in Britain, Bjorn’s fingerpicking guitar style and folk/bluegrass/blues songs have seen him touring the world, playing many major festivals. He has recorded ten critically-acclaimed albums, the latest of which, Blackwood, was released at the end of 2011. Tickets £10

Tomorrow  there’s the monthly Sam Draisley sessions, featuring acoustics sessions from local artists and an open mic opportunity.  Admission’s free, so turn up and have a go. 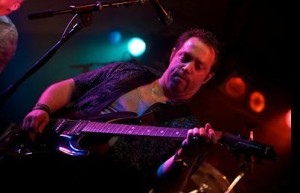 Journey and Toto tribute band Journey 2 Toto are on stage on Thursday.  Tickets £8

Friday sees the return of another tribute act, Maetloaf. Tickets £8.50

The third tribute of the week is on Saturday, with the return of the Counterfeit Stones in a show rescheduled from 4th February. Tickets £12.50

On Sunday another Robin regular performs, as progressive pop act It Bites celebrate their thirtieth anniversary with a new release, Map of the Past, a concept album based on the discovery of an old family photograph.  It’s their sixth studio release and follows on from the highly-acclaimed Tall Ships, of 2008. Tickets £17.50