Visit Birmingham will be positioning the city as an unrivalled visitor destination at influential travel trade exhibitions this March, as part of its ongoing strategy to build on the 32.8 million visitors that come to Birmingham each year. 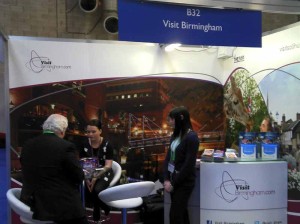 Visit Birmingham continues its international outreach at Best of Britain & Ireland (BOBI) held at the National Exhibition Centre from 14-15 March, coinciding with the annual English Tourism Week (10-18 March). As the largest UK travel trade event, the two-day exhibition highlights the size, value and importance of Britain’s £115 billion visitor economy to over 3,000 visitors and hosted buyers from across the globe. 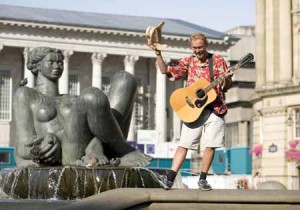 As part of its marketing strategy to target international audiences, Visit Birmingham will welcome six top North American travel agents and tour operators to the city on 15-16 March. The two-day familiarisation tour will see delegates visit top attractions in Solihull and the Black Country, as well as some of Birmingham’s best restaurants, hotels and cultural venues, aiming to increase the number of in-bound tours and group visits to the region.

Emma Gray, Director of Marketing Services for Visit Birmingham, which is responsible for increasing visitor numbers to the region annually, said: “With events such as the Olympics and the Diamond Jubilee attracting worldwide attention the international spotlight is shining on the UK during 2012, providing the perfect opportunity to enhance Birmingham’s profile as an international visitor destination.

“Our North American outreach programme is just part of a wider strategy to engage with overseas markets and attract increased numbers of overnight visitors to the city.  We have worked closely with partners across Birmingham, Solihull and the Black Country to showcase the region’s unique visitor offering, highlighting the strong heritage, culture and cuisine that would appeal to an international audience.”

On 19 March, the Visit Birmingham team make their third appearance at a travel trade fair in under one month at March Marketplace held at Wembley Stadium – a platform to meet with 150 international buyers from over 20 markets including US, China, India, Brazil, Russia and Germany. Over 30 pre-arranged meetings with tour operators have already been confirmed as part of the hosted buyers marketplace, in associated with Visit Britain.

Visit Birmingham will be attending a number of travel trade events throughout the year including a North American mission in October and London’s  World Travel Market in November.