Dave Woodhall spoke to a champion of world music and many things besides, Andy Kershaw, ahead of his upcoming UK tour. 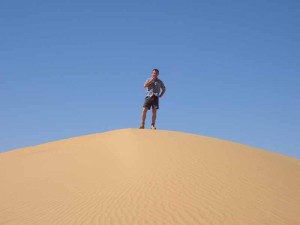 Andy Kershaw is renowned as a writer, broadcaster and, amongst his many claims to fame, he was the man who championed world music on Radio 1. This, at a time when Bob Marley was still regarded as the cutting edge of all that wasn’t played by white men on guitars.

He is, of course, also known for a period in his domestic life which led to several spells of imprisonment. This has been covered in just about every interview he’s given in recent years and if you want to find out about it, Google ‘Andy Kershaw’. It’s all been done to death and I’d rather find out about something different, such as the spoken word tour he’s doing and which comes to Bromsgrove and Birmingham in the next few weeks.

He said; “When I was asked to do these shows I thought it would be conceited to say ‘Pay attention, I’m going to give you a lecture’. An after-dinner speech without anything to eat, if you like. Instead I’ll be interviewed, hopefully the interviewer will ask me questions the audience want to hear but then there will be maybe 40 minutes of Q&A. It’ll all be very informal, me talking about my life, my adventures and experiences. There’ll also be projections on a screen, which will include some fairly tragic haircuts from the eighties.”

Andy’s autobiography, ‘No Off Switch’, tells of a life that includes working for the Rolling Stones and Bruce Springsteen, presenting Live Aid to a worldwide TV audience and witnessing the Rwandan genocide. It was released last year to critical acclaim. “The reaction I got from Michael Palin, and from Stephen Fry in particular, was amazing (Fry described the book as ‘sensational’). Totally out of the blue he sent me an e mail then wrote about it on Twitter; I was knocked sideways. He’s such a nice man – we should get married. There’s your exclusive. I’m marrying Stephen Fry.

“It was a problem deciding what to leave out, otherwise I’d have been left with an eight volume set. I had to be ruthless, which meant concentrating on four countries I’ve visited – North Korea, Haiti, Rwanda and Zimbabwe. There wasn’t really anything taken out that I would on reflection have wanted to leave in, but maybe there’s scope for a follow-up.” 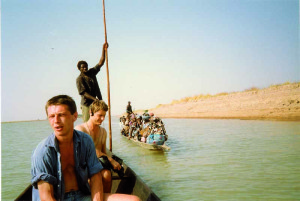 Andy has visited 97 countries; are there any more that you’d like to visit? Maybe somewhere there’s a music scene that hasn’t come under the Kershaw microscope?

“Of course there is. There are 45 countries in Africa and I’ve only visited 25. There’s lots left, and I’d also like to go back to some of the places I’ve visited before. It’s twenty years since I went to Zimbabwe. I’m still nosey, I’ve not lost that. If there’s one particular place I’d like to go to it would be Belarus, the last dictatorship in Europe.”

To move onto one of my musical obsessions, where did all the songs that meant something go?

“I don’t know. A million people marched in protest against the Iraqi war in 2003, including myself and my children, yet the song I had to play was Phil Ochs’ I Ain’t Marching Anymore, an American song from 1965. Where was the protest music from that march? Where is it now? Where’s this generation’s Ghost Town or Going Underground?”

It’s a sad reflection that if you ask anyone to name a politically-active musician now, chances are they’d still say Billy Bragg, nearly thirty years after he started out.

“Indeed. It’s because people of our age, the rock generation, are the last ones to have any direct knowledge of World War II, and that was an important part of British culture. The first two chapters of my book show what an important part of my early life was influenced by the war; rock’n’roll came along as an escape from war. The current generations have largely become apathetic, mesmerised by their iphones.

“It’s ironic that in 1981 50,000 people saw a Right to Work festival headlined by Pete Townsend, who was then one of the biggest musicians in the world. Someone like Noel Gallagher wouldn’t do that now, but Townsend still would.”

After touring the world you’re in Birmingham to recount your experiences. Do any of them include our fair city?

“I must have appeared there, but I honestly can’t remember. As a music historian, when I think of Birmingham I think of the early Brumbeat scene, bands such as Spencer Davis and the Move. Then Steel Pulse – I still play Handsworth Revolution now. The Quads, who were one of the unsung bands of the eighties; There Must Be Thousands was a great song. And Apache Indian, he did some Radio 1 sessions for me. He was a real innovator.”

There’s not been much in the last couple of decades. You could hardly call Ocean Colour Scene, for example, innovative.

“Music in general is in a trough. Birmingham’s no worse than anywhere else; there’s a barren time now but that happens on occasions. In the eighties when the post-punk period had gone there wasn’t much around, that was when I started looking elsewhere and discovered so much music from around the word. We shouldn’t restrict ourselves.”

You paid Duran Duran £50 to support Hazel O’Connor when you were at University. If you saw Simon le Bon now would you feel like asking for it back?

“No. I’ve had my money’s worth many times over from that. It’s a story I’ve dined out on for thirty years.” 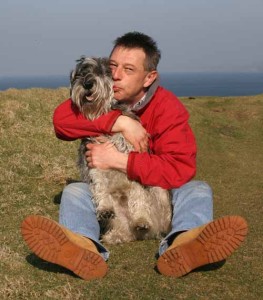 The Adventures of Andy Kershaw is at the Artrix, Bromsgrove on February 20th  and the Glee Club, Birmingham on 13th March.

His autobiography, No Off Switch, is published by Serpent’s Tail.