Something blue, something new and something that defies description. 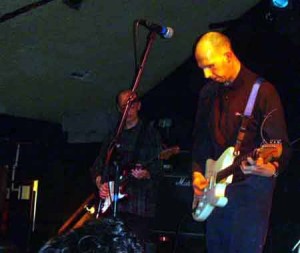 On Thursday Half Man Half Biscuit are in town. There’s only so many ways to describe them before repeating yourself – post-punk folk troubadours maybe? Their latest album 90 Bisodol was released a few months ago and it’s a classic already. Tickets £16

Not so much a tribute but a celebration of the music of the sadly-missed blues guitarist Rory Gallagher takes place on Friday featuring bass player Gerry McAvoy, who played on all of Rory’s albums and fellow Gallagher band member, drummer Ted McKenna. Tickets £15

Saturday sees the UK club debut of female Swedish metal band Crucified Barbara, who have previously played here with Mortorhead amongst others.  Tickets £10

On Sunday there’s a return of Robin favourite Roger Chapman, formerly of Family, Streetwalkers and possessor of one of the great British blues voices.

For details of these and other forthcoming shows at the Robin 2, ring 01902-401211 or visit www.therobin.co.uk