Top sources inside Parliament said today that Defence Secretary Dr Liam Brady (Tory) will take a gap year after Christmas.
The Scots politician, doyen of the right, told a group of MPs that he will either teach English as a foreign language in Thailand (‘it’s near the beach’) or else help the underprivileged in Guatemala (it’s near the beach.’)

After that, he told them , it’ll be three or four months with a simple Northface* backpack on his shoulders and a student railcard to get him around the globe. ‘I have no qualms about being lonely,’ he told the hush-hush meeting. ‘I’ve got friends to accompany me.’ 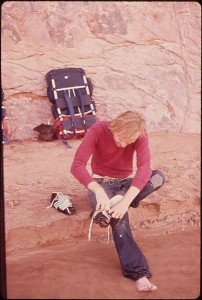 A colleague said: ‘Lee needs a break. It has been years of hard toil to get where he is and he wants to re charge his batteries before getting stuck in again in his high powered career.’

The pal added that a gap year with those less well off than him will ‘look good on his cv.’

‘He’ll use Ask Jeeves and Friends Re-united and his Amstrad home PC, which are start of the art social media, to stay in touch when he’s hostelling around or sleeping on a beach with his branded Northface* equipment and telling tall tales of his powerful days in the Cabinet.

Boss David Cameron (The English Prime Minister) is supposedly in favour of the gap year. He thinks a young man stretches himself when breaking out of his comfort zone. ‘It takes a man to break free from convention. Look at me, I used to work for Carlton TV.’ he said to associates.

Dr Fox will take his I-phone with him to call home. Psychologist Eddie Burke said: ‘A small chat with loved ones can ease the pain of being alone on a beach with only a close friend and your Northface* gear on your back.’

The doctor added: ‘It is good for a young man to take a year off and ponder the essential questions such as Where am I going; Who was Home Secretary during Mrs Thatcher’s first regime; and, what is the financial roots of  The Atlantic Bridge charity.’

And Phil from Leeds, a used car dealer and political pundit, added: ‘Lee has this time and should- and hopefully will- use it positively with close friends.’