The Royal British Legion are appealing for poppy-selling volunteers. 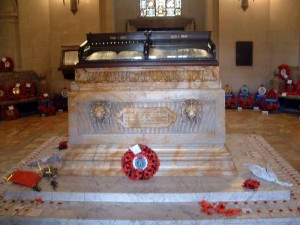 The Royal British Legion are appealing for help in making this year’s Poppy Appeal the most successful yet. In this, the 90th anniversary year, the Legion is aiming to top last year’s total of £36million and raise £40million through donations to support servicemen and women.

Collectors are needed for all parts of the city and suburbs, whether it’s for a day or throughout the appeal campaign.

The Legion has committed £50 million over ten years to pay for the creation and operation of the Royal British Battle Back Centre, and to fund operating costs of the Personnel Recovery Centres, which includes four recovery centres in the UK and a facility in Germany. The Battle Back Centre will be a centre of excellence for adaptive sports and adventurous training, which will help Service personnel recover after their injuries, by focusing on what they can do rather than cannot do.

More than £1.4 million a week or over £200,000 a day is spent by the Legion on its work helping over 160,000 members of the Armed Forces Family – serving, ex-Service and their dependants. For more information on their work visit www.britishlegion.org.uk