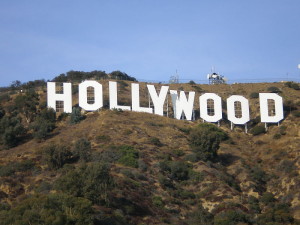 After all, it’s only 3 months to go before we can stay up all night with our eyes stapled wide open waiting to see which Botoxed replicants get to wave the Academy Award in front of billions and thank their agents and their tear stained mothers.

This year (actually next year as it will be February 2012, all you movie fans), a Kings Heath resident in South Birmingham is on the fast track to being shortlisted.

Egyptian born director Khaled El Hagar has been selected to represent his country for nominee for Best Foreign Language film.

His movie is called El Shooq/Lust. It has already won an award in the Cairo Film Festival for Best International Film.  It’s a  family drama set in Alexandria.

Roger Shannon, a city based film maker. said: ‘The Academy Award for Best Foreign Language Film is handed out annually by the Hollywood based Academy of Motion Picture Arts and Sciences to a feature-length movie which is produced outside the US with a predominantly non-English dialogue track. It’s the only Oscar that extends its vision beyond Hollywood, and is awarded for excellence in world cinema.’

‘There has been a long list of Egyptian films selected as an Official Entry,’ Khaled said, ‘but none has made the final short list – not even the greats of Egyptian cinema, like Youssef Chahine or Shadi Abdel Salam,’.

The final nominee list  will be announced  early in the new year.