The Mushroom highlights conflict in existing and planned planning law. 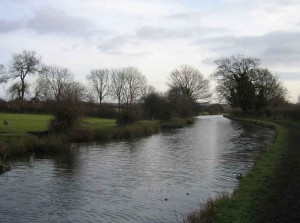 The Riddion Bridge over the Wyrley and Essington Canal gives an almost unbelievable view when you consider its location. It’s just 45 minutes walk from Walsall town centre, a borough best known for a history of manufacturing which has scarred the landscape.

But from the bridge you could make believe you are in the garden of England. It is surrounded by fields. On the south side of the canal is Park Lime Pitts, a wooded nature reserve and a site of special scientific interest.

There are hay meadows and untilled margins on cultivated land to encourage wildlife, in addition special seeded areas provide cover and food for wild birds and new hedgerows have been established. The area is a haven for threatened species such as skylarks, tree sparrows and yellow hammers.

It’s an outstanding success story of how a farmer working with British Waterways, the local council and the Department for Environment, Food and Rural Affairs can protect the environment, even in an industrial town like Walsall.

So when the local farmer applied for planning permission to erect a 57m-diameter rotor wind turbine beside the bridge, the reaction was predictable.

St Matthew’s Tory ward councillor Mohammed Arif, co-ordinator of  the clumsily named Hatherton Residents Against Wind Turbine Group told the local press: “We will do everything possible to stop this development in our area of natural beauty to preserve nature and wildlife.”

The campaigners’ argument though is seriously weakened by the position of the Royal Society for the Protection of Birds and the local branch of Friends of the Earth who both have said wind turbines are needed to protect the environment and wildlife in the long term.

Despite their weak case, the group is determined to oppose the proposal at every step, dragging it out for months, if not years.

In contrast some four miles away, and still in Walsall, local residents are just beginning to wake up to a major development on their doorsteps: Residents of Alumwell and Pleck live next to what has been described as one of the most contaminated sites in Europe.

The former James Bridge Copper works on the Darlaston Road Pleck is, everyone accepts, poisoned. For many years a copper foundry, the 11 acre land is saturated with old mine shafts where heavy metals are so concentrated  they exceed the Environment Agency’s benchmark for acceptable levels by 2321 times for copper, 380 for nickel, 30 for zinc and 140 for arsenic.

The extent of the contamination on the site is impossible to establish because its owners, the publicly funded regeneration body Advantage West Midlands, have refused to reveal details.  It claims that doing so would harm the public purse as it tries to find a buyer for the site before the quango ceases to exist next year.

The site is now part of a wider enterprise zone and the local council and the replacement for Advantage West Midlands, the Black Country Local Enterprise Partnership say they plan to clean it up in readiness for redevelopment that will hopefully create thousands of jobs.

Local residents are not opposed to the proposal, though suggestions about open cast mining on the site has many concerned about the impact to homes only yards away, but they do want to minimise disruption.

They are particularly concerned about how those heavy metals will be contained during the cleaning up process given untold of tonnes of earth will be treated on site.

But the importance of job creation in an area which has 11 per cent unemployment makes a ‘not in my back yard’ attitude a luxury they simply can’t afford.

Despite this the chances of local resident’s views being taken on board are remote because, unlike the nearby wind turbine controversy, existing planning laws can be used to exclude them from having any say.

In its guidelines to local authorities and Local Enterprise Partnerships, the Government has made it clear it expects them to use Local Development Orders (LDOs) to fast track developments in enterprise zones. LDOs where first introduced by the Labour Government in 2004 but they proved so controversial they were hardly used. Not surprising given that, once granted, they effectively take away the right of local people to oppose any proposed development through the normal planning process; and the government hopes LDO’s can be passed in as little as two months.

So despite not being opposed to the plans even though they are infinitely more hazardous, residents in Pleck – unlike those living close to Riddion Bridge – might have a hard time getting anyone to listen in any meaningful way.

The two cases are contrasts in a political storm breaking around the proposed changes to the planning laws.

The government’s Draft National Planning Policy Framework’s “presumption in favour of sustainable development” means that once a developer has cleared the hurdle of establishing the proposal is sustainable, local authorities  will have to grant planning permission.

The reforms have lead to concerted opposition by normally the most ‘conservative’ of groups who have described the framework as handing a ‘blank cheque to developers’ to ignore local people and to do as they wish. In response they are building their own coalition to build a huge environmental lobby opposed to the changes.

At the forefront is the UK’s single biggest membership organisation; the National Trust’s 3.8 million members far outstrip the biggest union in the country. It is predominately white and middle aged and is more likely to visit a stately home on a Saturday morning than attend a political rally. But, whereas Walsall’s wind turbine campaigners might have taken weeks to collect 1,000 signatures for their petition, when the National Trust lunched its on-line petition it expected  100,000 members to sign it in a matter of days, if not hours.

This coalition of pressure groups are not deterred by the fact that that they taking on a central element of the government’s long term plan to encourage economic growth.

The government sees the reform of the planning process as important in freeing business from time consuming and costly town hall bureaucracy. It points to long delays in major infrastructure projects as an example. But the pressure groups can take heart from the government’s surrender over plans to sell off the forestry commission. Announced shortly after taking power in May 2010 those plans meet a storm of protest, not helped by the fact that the plans would hit the shires, home of core Tory voters, and Conservative MPs lined up against it. The proposal was scrapped early this year in the Government’s first major u-turn. The National Trust and its partners are hoping for the same success, and are highlighting the potential impact on the green belt and countryside.

The real concern for both the Conservatives and Lib Dems is many of those people who will be arguing against their plans are those they would see as heartland voters.

The situation in Walsall shows the two sides of the planning coin, the nimby ‘don’t spoil my view’ and the ‘yes to jobs but not at any cost.’

It also reflects the complete mess planning laws have become – but only 12 miles down the road from Walsall, at the Lib Dems conference in Birmingham this week, delegates will be discussing  and debating how they and their Tory allies get out of the mess their proposals have sparked.

Meanwhile in Pleck, residents will be wondering if anyone will talk to them.