Prince Charles made the connection between carbuncles and architecture when he described the proposed extension to London’s National Portrait Gallery as ‘a monstrous carbuncle on the face of an old friend’. So influential was His Highness’s opinion that the job was taken off Ahrends Burton and Koralek and given to Venturi, Scott Brown who duly gave their employers the historicist version that we see today.

Twenty years later, the weekly newspaper for architects, Building Design commemorates the moment by awarding its own Carbuncle Cup to the most hated building of the past 12 months. The Cube, designed by Ken Shuttleworth was nominated last year whilst this year Birmingham-based Broadway Malyan’s Mann Island development has made it onto the list. 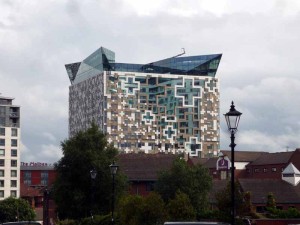 The architectural establishment’s accolade for the best building of the year is of course the Stirling Prize, named after the provocative post-modernist architect the late Jim Stirling who designed the brilliant but hard-to-live-in History Faculty at Cambridge and the Engineering Building at Leicester. The favourite this year is the Olympic Velodrome designed by Hopkins.

It shows how little consensus there is these days about architecture even among professional critics and architects, when Fran Tonkiss writes in Building Design of her disappointment ‘again’ this year that no building features on both the Stirling and Carbuncle shortlists. She points out that in previous years some famous architects have featured on both lists, but none have yet matched Sandra Bullock’s feat in winning both the Oscar for Best Actress and the Razzie for Worst Actress in the same year.

Getting a bad award is apparently better than getting no award at all as it gets your work into the public eye.

Tonkiss makes a serious point. The Modernist certainties have gone, to be replaced by individualism and fierce competition. If the experts disagree about what is good and what is bad architecture, non-experts can have a view as well. When Mike Whitby and Clive Dutton believe their opinion on the Central Library is as good as – if not better than – that of English Heritage, when the councillors on the Planning Committee ignore the advice on the new library from the Commission for Architecture and the Built Environment, and when Councillor Mullaney and Brian Gambles are deputed to be the official arbiters of Birmingham’s culture, then anything goes.

Who is to say what is and isn’t the best architecture or what is or is not worth keeping as heritage.

When there is no common ground for critical debate there is no such thing as good and bad, simply what you or I like or dislike. Not much help when we all have to live with the results. 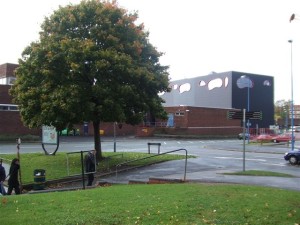 Should the design of major buildings like The Public, The Cube or Birmingham’s new Library be left to a few elite architects and their patrons? Should there be more popularity contests like the Birmingham Post’s  ‘Pen Portraits’ in which readers were asked the simple question, ‘Central Library – stay or go?’ Given the Posts’ readership profile it was no surprise that the Editor got the answer he wanted.

Millions of people who watch TV talent shows phone in to vote for a winner, an idea that was extended to choose which heritage buildings should be kept and which demolished.

A TV poll some years ago resulted in the old Grammar School in Kings Norton getting a big Lottery grant to spend on its restoration, whilst down the road, Moseley Road Baths quietly decayed in the hands of an impoverished city council. Even leaving the choice to a government culture minister has its problems when they foist their own prejudices on the statutory listing process and can be swayed by lobbying developers.

Must we learn to love the resulting chaos because the old collective certainties have been discarded? If we don’t like what we see around us, and I believe most of us do not, we can’t just look the other way. Our cities are a mess and it’s hard to see how they can be restored to some sort of rational order. Even the planning system that was designed to control development in town and country is being dismantled to give developers the freedom they now expect.

Prince Charles has his solution, but no-one really knows how popular or practical it is and it’s clearly not welcomed by mainstream architects. His Highness wants us to go back to a pre-industrial era, when towns and villages were laid out and buildings built without the help of an architectural profession. If you want to see what he means, visit his new village of Poundbury in Dorset. It was of course designed by modern-day architects who reject Modernism as a creed. I for one find it creepily reminiscent of Disneyland.

Miles Glendinning offers a different and less simplistic solution. In his book ‘Architecture’s Evil Empire, the triumph and tragedy of global modernism’ (2010), he contrasts the iconic ‘Public’ in West Bromwich in the opening chapter with examples around the world in the final chapters, of  ‘modern yet seemly architecture, appropriately designed for a socially ennobling purpose and well-embedded in its community context – a truly ’sustainable’ modern approach that, if generalised, could help begin to extricate architecture from the decay of the [Evil] Empire’.

Glendinning’s book contains no pictures and is not an easy read, but it shows us another way back to a socially responsible form of planning and architecture.