Dine Birmingham, a recently launched online guide, is using the Internet and social media to encourage appreciation of the many excellent restaurants, bars and cafés in the city. 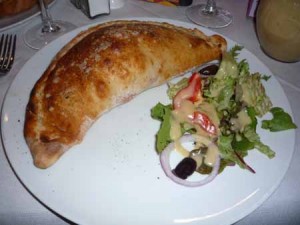 Using a traditional website as a base, and Twitter and Facebook to build a growing online community, the guide is dedicated to publishing reviews of local restaurants and drinks venues, with a focus on independent and unique establishments.

Deals and offers are also released regularly, both via the frequently updated Twitter feed and on the website itself. The boom in popularity of the smartphone means that users can increasingly access these deals while on the go, and take advantage of them that same day.

Dine Birmingham creator, Ahmed Ahmed, explained the motivation behind the online guide, “Although Birmingham has a whole range of exceptional places to eat and drink, we often get stuck with a reputation for first-rate curry and not much else. Dine Birmingham is all about finding those great little gems that sometimes go unnoticed, as well as keeping local people in the know about food-related news and events in the city.”

Birmingham’s reputation as a gourmet centre is growing, helped by the frequent food events held in the city, including the Caribbean Food Festival, and the awarding of a Michelin Star to three of the city’s restaurants.

High-profile openings of popular restaurants like Jamie’s Italian and the Miller and Carter steakhouse, as well as the arrival of a Marco Pierre White restaurant at The Cube later this year, also enhance Birmingham’s image as a culinary hub.

The creation of Dine Birmingham is perfectly timed to keep people in Birmingham and the West Midlands region abreast of the city’s exciting gastronomic scene. An official launch party is planned later this month.

Dine Birmingham can be found at dinebirmingham.co.uk. The Twitter feed is at www.twitter.com/dine_birmingham, and the Facebook page is at www.facebook.com/wherewillyoueatnext.