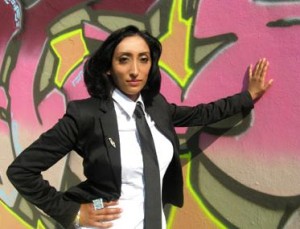 Light House in Wolverhampton introduce a new and exciting comedy season endorsed by Edinburgh’s famous Fringe festival featuring some of the best UK comedians, new faces and season professionals. It’s a chance to see sneak preview performances before they are taken to Edinburgh Fringe in August 2011. The season continues through until July with performances from Sally-Anne Hayward, Susan Murray, Carey Marx, Simon Donald, Pete Firman, Matt Kirshen, Mick Ferry, Chris McCausland, Shazia Mirza and Zoe Lyons. John Scott and Jason Cook will be performing at the first show on Thursday 26 May doors 8.15pm, for 8.30pm start. Tickets cost just £12 per night, over 18s only.

Wolverhampton on the Fringe kicks off with John Scott with his show Totally Made Up, and Jason Cook with his show The Search for Happiness (The End Part 2). In 2003 John Scott was runner up in the Spike Milligan award. Then in 2010 came Takethemic, the biggest cash prize at the Edinburgh festival and he won it. For 2011, Jason Cook presents Part 2 of his 2010 show The End.  After a health scare in 2009, Jason decided to better his life. By collecting audience suggestions for things to do to make him happy, together with his own research, Jason is now finding the recipe for a happy life.

Renata Walton, Bar and Events Coordinator says “This is a really exciting programme of events; all the comedians will be performing previews of their Fringe 2011 shows. This is such a prestigious programme for us to attract to Wolverhampton, I hope more comedians will think about using our space in the future”.

The 2011 comedy season at Light House starts this month until July. Wolverhampton on the Fringe will be bringing you some of the best comedians. The season starts with John Scott and Jason Cook, showing on Thursday 26 May doors 8.15pm, for 8.30pm start. Tickets cost £12 per night, over 18s only.