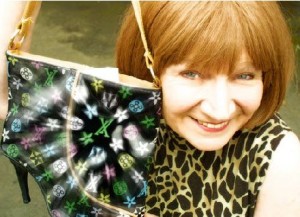 A night of rip roaring comedy with three top acts, heads to The Public on Friday 25 March.

Barbara Nice is your average Stockport housewife who has given up the domestic bliss of Tupperware and Pound Stretcher shops for the unpredictability of the comedy world.  After appearing as Sheila Wheeler in Coronation Street and Holy Mary in Phoenix Nights, stand-up comedian Connolly is set to bring her much loved alter ego Mrs Nice to the Black Country arts centre with heart warming effect.

Renowned for his epic one-liners, Gary Delaney is widely regarded as being one of the most quotable comics on the circuit.  Having performed across the UK and appeared on Comedy Central’s ‘Comedy Blue’, and Radio 4’s Loose Ends, Gary is no stranger to the big time.  The extremely talented fast-thinking comic is guaranteed to impress.

Compere, Andy Kind, is widely regarded as one of the most promising young comedians in the UK.  The award winning star brings a joyous energy and enthusiasm, combined with natural stage presence and an instantly likeable demeanor.

A buffet will be available prior to the show.  The buffet costs £5 and is only available on advanced bookings.  For a sample menu visit www.thepublic.com or call 0121 533 7161.