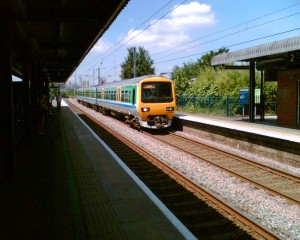 Rail travel is growing in the UK, and more passengers are travelling by train now than before the Beeching Closures of the 1960’s.   However, passengers pay some of the most expensive fares in the world and changes to the rail fares rules could mean that tickets go up even more next year.  Despite paying more and more, train travellers often endure cramped, late and over-crowded trains, and little investment is going in to deliver badly needed additional capacity.

Dispatches are asking passengers from the West Midlands and across the UK to send in phone footage and videos of their rail journeys.   Do you have a commute from hell, or is the express train giving you strain?   Are the train services you use “first class” or worst class?   And do you think your ticket is “fare value for money”?

More information can be found on the website channel4.com/programmes/dispatches/articles/train-journeys-from-hell

Discuss this on the ReStirred Forum