US alt/folk star for Birmingham gig.

US alternative folk/rock artist Mickelson is back with the brand new single, Only Grey Matter Boiling In My Head, and news of a fresh run of UK dates including the Flapper in Birmingham.

Kicking-off the new year with a choice collaboration, the new single sees the San Francisco songwriter teaming-up with XTC legend Colin Moulding, who provides the track with its wandering bassline and production nous.

Hallmarked with the humour, wit and ambition you might expect from a meeting of Mickelson and Moulding’s minds, Only Grey Matter Boiling In My Head offers a comical take on those moments of completely losing your cool…. 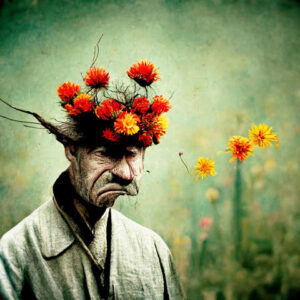 As Mickelson explains: “Only Grey Matter Boiling In My Head is a humorous song dealing with anger management issues. This theme of self depreciation shows up in my lyrics from time to time. I am also extremely honoured that Colin Moulding played bass. We had several chats about the song and he also offered some great production ideas.”

Introduced to Colin by his son Lee, who performs in Mickelson’s live band, the chance encounter seemed to chime serendipitously with a new song Mickelson had been writing that bore the arch lyrical quips and off-kilter arrangements not so dissimilar to XTC’s vintage output. Reaching out to Colin with the bare bones of the track, he consequently added his own distinctive stylistics.

Speaking about the how collaboration came to be Mickelson adds: “I’d just written “Only Grey Matter Boiling In My Head” and thought it would be a good fit as there are some unusual twists and turns in the song and to my mind, reminded me of XTC. We recorded the basic tracks and Lee sent it to Colin. I quickly received his bass track and was pretty blown away by it.”

Due to reunite with his bandmates next month, Mickelson will be returning to the UK for a stretch of live shows spanning England, Scotland and Wales, including the Flapper on February 15th.