Over 100 performers set to descend on the city.

From 28th September–2nd October over 100 improv artists, making up eighteen troupes from across the UK and internationally will descend on the city for five days of mayhem and mirth!

The troupes will be bringing a variety of shows and performances to the stage of the Midlands Arts Centre, including improvised opera, hip hop and musicals through to improvised 90’s sitcom and magical, mystical folk tales! 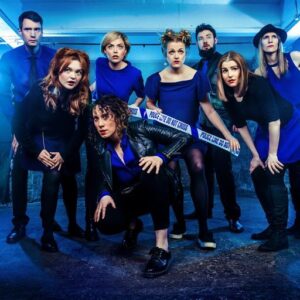 This year’s festival marks its fourth edition in the city and offers free events for children and exciting improv workshops with some of the professional actors performing in the Festival itself.

Jon Trevor, Festival Director said “Birmingham is already alive with improv troupes performing in local venues, so it seems fitting that we have a festival that brings troupes from across the UK and internationally to perform here. I want it to become the go-to improv festival and hope that we can extend to other venues in time – our own Improv Fringe Fest if you like.”

Tickets for the Birmingham Improv Festival, which runs from 28th September-2nd October at Midlands Arts Centre, Birmingham, can be booked online at macbirmingham.co.uk.

For further information about the festival go to birminghamimprovfestival.com.