Birmingham Rep, the city’s only major producing theatre, have announced a range of additional new productions to their 2022 season.

After a sold-out run of their production of Rush: A Joyous Jamaican Journey, Rush Theatre Company will return to The Rep with The King of Reggae – The Man – The Music (20th-24th September). For those who enjoyed The Rep’s hit production of One Love, this brand new production features over twenty of the King of Reggae’s iconic hits, including One Love, No Woman No Cry and Is This Love played live on stage by the JA Reggae Band. 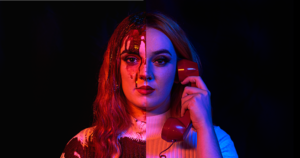 The Rep’s most intimate theatre space, The Door, will host a new season which begins with The MP, Aunty Mandy and Me (21st September) – an exploration of consent, coercion and grooming within the gay male community with biting humour and contemporary social commentary.

Staged on lovingly recreated life-size allotments, Sunflowers and Sheds (15th October) is a family show for ages 4+ featuring a gentle mix of humour, music and storytelling, in a charming tale about a lonely elderly gentleman and an Eastern European girl – showing us that true friendship can grow in the most unlikely conditions.

Playing over Halloween, Till I Die (31st October & 1st November) explores gender stereotypes of the Slasher genre. In the performance, Indra asks what is our fascination with killers, why we enjoy watching them and what it means to be a victim. Expect fake blood, that famous phone call scene and an outspoken feminist.

Suitable for families & children aged 6 years+, The Bluebird (19th November) uses plenty of theatrical magic to tell the tale of Mary Berylune, a Seer, and her tree spirit, Micky, on their quest to find the elusive bluebird and help unlock its mystery.

Sean Foley, The Rep’s Artistic Director said; “The shows announced for our Autumn season today continue The Rep’s ambition to bring the very best to audiences in Birmingham: new productions and writing that tell vibrant stories, reflecting the brilliantly diverse communities that are the makeup of our city.

“I also encourage anyone who has not seen a show in The Door before, our smallest theatre at The Rep, to give it a try. The up-close and intimate experience as an audience member is unforgettable.”

Tickets for this new season at The Rep are now on priority sale, with tickets going on sale to the public from 12pm, Monday 9th May. To book tickets visit Birmingham-rep.co.uk, call 0121 236 4455 or visit the box office during opening hours.