A brand new memorial has been announced for Birmingham’s Southside, as the city celebrates the start of its largest Pride celebrations to date. The Birmingham AIDS & HIV Memorial will stand tall in Hippodrome Square, to recognise those lost and still living, following the 1980s AIDS pandemic.

A project developed and backed by a host of community leaders; the memorial is set to be a six-metre-high sculpture that features two heart-shaped ribbons entwined. It will be located in the heart of the Southside District, which is famed for its support and celebration of the LGBTQIA+ community.

The project has been founded by three local businessmen: Andrew King (pictured), Garry Jones and Phil Oldershaw, who are leading a programme of fundraising, profile-raising and education around the iconic symbol that they hope to construct by June 2022. 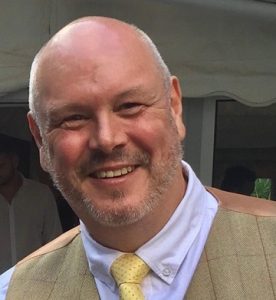 Teaming with local sculptor Luke Perry, who is known for his monumental sculptures of underrepresented people, the design has been created by local artist Garry Jones. He comments: “The heart-shaped red ribbons represent two figures entwined, as if embracing and supporting each other. They represent the dual entities of HIV and AIDS: the past and the future. They symbolise remembrance of those we have lost to AIDS, whilst also celebrating those able to live with HIV today”.

Standing unashamedly tall at approximately six metres, the monument will serve as a reminder of the work that still needs to be done to educate; helping end both stigma and discrimination. It will be located in the newly-developed Hippodrome Square in Southside, which is currently under construction, with the ambition of launching in time for the Birmingham 2022 Commonwealth Games.

Reimagined, and inspired by the recent NTA’s Best New Drama-winning series It’s A Sin on Channel 4, Garry joined forces with Phil and Andrew in March this year. During the consultation process, the trio gained significant support from community leaders and notable figures across the city and beyond.

Birmingham City Council Leader Councillor Ian Ward said: “HIV and AIDS have affected so many people in Birmingham over the last 40 years and far too many families have lost loved ones. Those forgotten victims should be remembered, and I support the campaign for a permanent memorial.”

He was joined by Andy Street, the Mayor of the West Midlands and Ambassador to BAHM, who commented: “It is wonderful to see this permanent memorial being proposed, and I wish the team the very best in bringing these ambitious plans to life.”

Members of the BAHM team will be taking part in this weekend’s Birmingham Pride celebrations and walking in Saturday’s parade through the city. Dr Naomi Sutton will be appearing on the main stage and there will be a Birmingham AIDS & HIV Memorial fundraising stand to visit, ask questions and get involved.

The team have already raised in excess of £15,000, of their £160,000 target to make the project happen, and this weekend marks the launch of their official campaign for the city to get behind them.

Lawrence Barton, Chair of Southside BID and Festival Director of Birmingham Pride, adds: “We are thrilled to have been instrumental in finding the right site for this memorial, to commemorate many of the forgotten victims of a pandemic the world did not want to recognise. Southside, as a heart for minority communities in Birmingham, such as the LGBTQ community, is the perfect place for a focal point like this: somewhere our community can gather and remember those we lost.”

To find out more and support the Birmingham AIDS & HIV Memorial project, visit bahm.co.uk or you can donate online.