We talk to comic Nabil Abdulrashid, a comic happy to be complained about.

Nabil Abdulrashid came to prominence on Britain’s Got Talent, where his mention of Black Lives Matter unleashed an avalanche of complaints. He’s about to start a national tour which includes several local dates and we asked him about his recent work. Has there been any protest lately?

“Not one. I was hoping I might get something from Masterchef but I was disappointed. I guess even the angriest of trolls appreciate good food.”

What was the final score on Britain’s Got Talent?

“It went up to about five thousand in the end. I believe that’s a record, more even than Alesha Dixon got. I was chuffed.”

Do you think people were watching the programme just to be offended?

“Of course they were. They were saying they would boycott the programme and then the next week complaining about what was on it. I don’t think they quite get how boycotts work; boycott it until the next episode. If you send a hungry man into the woods he’ll find something to eat, a lot of these guys will always find something about my existence to object to.”

While saying that the trouble these days is that people get offended too easily. 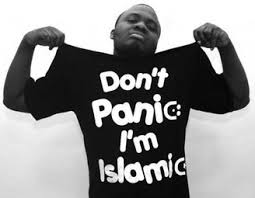 “It’s a good sign when the most annoying thing on someone’s mind is a guy who tells joke for a living. Your life’s going pretty well if that’s all you have to complain about.”

Maybe they think BGT is all Susan Boyle and performing dogs, but the time to worry is when people like that stop complaining.

“Absolutely. If they don’t like you you’re doing something right.”

You said BGT is a good way of bypassing the Edinburgh circuit.

“Yes. It’s a strange place where I was before then. In some clubs I was an open spot, in some clubs I was a headliner. It didn’t matter that I’d been doing it for a long time, because I hadn’t gone down one particular road I magically wasn’t good enough to do their club. You couldn’t get on TV because you didn’t have the right connections, didn’t know the right people.

“I felt I had to find a way to bypass this because the Edinburgh route isn’t sustainable. Edinburgh, how many people are the going to see it all? I was a cult comic, I had my own following, I did some of the clubs but I wanted to have a crack at the mainstream and I thought this was the best way to do it.”

It seems to me that comedy is a strange thing. You get a lot of very right-on comics, then the edgy twats become fashionable. It all goes in waves but to me if something’s funny it’s funny. It was funny yesterday, it is today and it will be tomorrow.

“Exactly. That’s the outlook I have. It also seems that venues have boxes to tick and certain reviewers had their review written before the show. They would look for things and it seems that being funny was an afterthought.”

“And there’s also the catch 22 of when you are a black comic and you want to talk about your experiences, for example Russell King does a lot of stuff about his father, who’s a Cockney. If I do an impression of my father I’m going to be talking in an accent, I’m going to end up talking about race because our experiences are different and some people don’t like that but I can’t help what my life experiences are. It can be difficult when everyone thinks you have to speak about this thing, if you’re black you have to be an Obama fan. It’s very formulaic.”

I know you’ve had black people saying you’re not doing black humour, or Asians saying you don’t look Asian. Is that still a problem?

“I’ve had it all really. I’ve had people who wouldn’t book me because thy had another black comic before me, even though they sound nothing like me and don’t do the things I do. I’ve had a promoter at a major comedy club say my material was too predictable, then in the same breath suggest I do stuff about being a Nigerian parking attendant. These are the things we face. Or they just don’t think the audience will get you even though you get the best reaction of the night.

And white interviewers desperate not to be offensive. 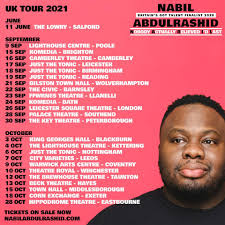 Looking at the world now you’re probably geared up for another round of Islamophobia and racism.

“I love it. It’s good for business. It’s sad, because you don’t want these things to happen but now I’m at a point where I’m going to work as a comic regardless. At one time it took something racist happening for someone like me to get any media. Before BGT I would only get calls to do media in a serious context to respond to something racist. It feels good to be able to do comedy but for a lot of black performers that is still the reality.”

It must also be difficult to be any sort of comic when you can’t really top a government that’s just appointed a cricketer to be a trade envoy. How can you beat that?

“Again, it’s good because you don’t have to write anymore. Life has become so warped you just have to watch the news and tell it. I’m very grateful. Generally we’re all doomed but as a comedian I think these are such easy times.

You have a tour coming up where you’re playing a club on Broad Street on a Saturday night. That’ll be fun; you’ll certainly have somewhere to go after the gig. Then you’re in Bilston on a Tuesday. Mention orange chips and they’ll know you’ve done your homework, and don’t say you’re in Birmingham. But do you expect many complaints on the tour?

“Not really. People who pay to see the shows won’t be wanting to complain. The ones who complain will be at home, watching TV and getting angry about programmes on cats.”