At an international climate change summit today in Birmingham, being co-convened by the Mayor of the West Midlands, Andy Street and UK100, which represents over 100 authority leaders, local and regional leaders will make the case to the government for additional powers to tackle climate change.

The leaders will call for new powers and resources to be devolved from Whitehall to shape local energy markets, decarbonise transport and tackle emissions from homes and offices.

The International Net Zero Local Leadership Summit is being compared to the Paris City Hall Declaration in 2015, which paved the way for the Paris Climate Agreement at COP21.

Alongside the local and regional leaders, the conference will be addressed by Rt Hon Alok Sharma MP, the President-Elect of COP26, Rt Hon Kwasi Kwarteng MP, Secretary of State for Business, Energy and Industrial Strategy and the Mayor of Los Angeles, Eric Garcett.

A joint communiqué will be signed by 32 leaders at the summit which provides concrete examples of urgent policy changes that would help local and regional authorities deliver Net Zero. These include:

-Setting up strategic energy bodies or similar mechanisms to address market failure in energy systems, with a duty to co-operate between public bodies and the companies that run our energy infrastructure.

The above measures would be facilitated by a new Net Zero Local Powers Bill to cement new powers for local and regional authorities alongside new reporting requirements on emissions.

The signatories included 32 mayors and leaders from major cities and urban areas such as the West Midlands, Glasgow, Cardiff, London, Greater Manchester, Liverpool, Leeds, Bristol, Newcastle as well as rural areas like Cambridgeshire, South Gloucestershire, the West of England and Cornwall.

The Climate Change Committee recently estimated that local authorities can influence around one third of the emissions in their local areas through place shaping and partnerships. Local and regional authorities are already delivering new approaches that demonstrate the value of locally based solutions: from transport infrastructure and decarbonisation to retrofitting homes and developing smart energy solutions.

The call for strategic energy bodies or similar mechanisms to address market failure would ensure a duty of collaboration between public bodies with responsibilities around waste, transport and planning – like local councils – and the energy infrastructure companies known as distribution network operators.

The West Midlands has been pioneering a collaborative approach to energy systems, distribution and management which resulted in its Net Zero Pathfinder proposals recently submitted to Government. These not only seek new responsibilities, powers and resources to secure wide scale building retrofit and new measures on energy levies but also form the basis of the governance model proposed in the communique.

In addition to work in the West Midlands there have been successful trials of Local Area Energy Planning in three areas: Newcastle, Bridgend and Manchester which have highlighted the benefits of tailoring to local conditions. A report supported by Ofgem by Energy Systems Catapult found that local area planning “can provide sound foundations for effective and sustained local action to cut carbon emissions”.

Andy Street, Mayor of West Midlands, said: “Climate change is a global emergency, and we know that every region and city across the world is going to have to play their part in tackling it. That’s why I’m really pleased that the West Midlands, in partnership with UK100, has been able to bring local leaders together today to discuss our role in this looming crisis. Here in the UK, the Government has set out ambitious targets to achieve net zero by 2050, and we want the West Midlands to play its part in that by meeting our net zero target by 2041.

“As part of our #WM2041 net zero plans we’re already delivering practical change – from decarbonised transport and energy system solutions, to state-of-the-art battery technology and zero-carbon building techniques. Now, alongside other UK leaders, we’re asking ministers to give us the powers and the funding to do more. We want to work hand-in-glove with Government to accelerate the drive to Net Zero.”

Polly Billington, CEO of UK100 (pictured), said: “We need a power shift from central government to local communities to tackle climate change. Local leaders are more trusted, more accountable and in the case of the UK100 – more ambitious in 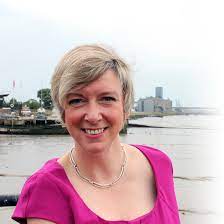 accelerating the path to Net Zero.”

Eric Garcetti, the Mayor of Los Angeles and Chair of the C40 Cities Climate Leadership Group, will tell the conference: “The climate crisis isn’t limited by any municipal boundary or national border, so our solutions can’t be limited either. Our goal is to mobilise at least 1,000 cities ahead of COP26 to commit to achieve net zero by 2050. We’re also pushing our nation states to be more aggressive when it comes to targets and funding, and with the help of UK100 we already have over 700 cities on board.

“Cities can’t reach net zero alone, we need help from national and international leaders to turn climate plans into climate reality. Without the necessary support we’ll miss the opportunity to leverage the real power of cities, to drive the national and global climate action on which our planet’s future depends.”

The joint communique also calls for Government to work in partnership with local and regional leaders to develop a consistent, long term plan for decarbonising homes and buildings, which should at least meet the manifesto commitment of £9 billion public investment to deliver Net Zero in our homes and buildings and should seek to leverage further private investment to meet this goal.

The UK100 network is developing policy recommendations to support the decarbonisation in particular of our social housing stock. The UK’s homes are still some of the most inefficient in Europe. The UKGBC have estimated that to achieve net zero carbon by 2050, we will need to improve almost all of the UK’s 29 million homes, meaning we need to retrofit more than 1.8 homes every minute between now and 2050.

The transition to net zero will also generate significant economic growth and new jobs. Building retrofit, for example, offers a significant opportunity – a triple win of significant emissions reductions, significant reductions in fuel poverty and hundreds of thousands of new jobs across the country. Research from UK100 indicates that a “retrofit army” of 455,000 workers will be needed to help meet the government’s objective of becoming Net Zero by 2050, including over 40,000 jobs in the West Midlands region.

The international conference that follows the summit will include a keynote address from the Mayor of Los Angeles, Eric Garcetti, along with participants from 22 cities across the world.