Police Now officers are playing a vital role in tackling crime and anti-social behaviour in the West Midlands.

Communities where Police Now officers have been posted for the last 22-months across the force area have seen 3,921 fewer incidents of anti-social behaviour compared to the same time period from October 2016 – equivalent to a 22 per cent drop.

Officers on Police Now’s National Graduate Leadership Programme have been working alongside their colleagues within their local neighbourhood teams.

PC Nilufar Ali (pictured), of West Midlands Police was shortlisted for an award for her work in developing good relationships 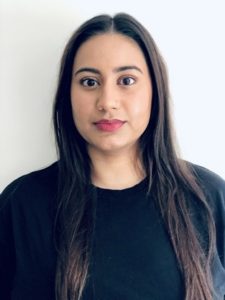 with local businesses to tackle street drinking and drug dealing. The initiative she introduced led to a reduction in crime driven by anti-social behaviour. She also relocated a victim of ‘cuckooing’ – where a vulnerable individual’s home was taken over by criminals.

Police Now’s mission is to transform communities by recruiting, developing and inspiring diverse leaders in policing.

Officers on Police Now’s programmes develop skills in leadership and problem-solving. They share a commitment to public service, fighting crime and inspiring social change alongside their colleagues.

Police Now has recruited a total of 1,830 officers across 33 forces in the UK, including in West Midlands Police. Chief Constable Dave Thompson has invested in his communities by partnering with Police Now for the past five years, with 156 police constables and 26 detective constables joining the force via this route.

Talking about engaging with communities, PC Ali said: “Personally, my diverse background has allowed me to connect with the community better and create meaningful relationships. I have been able to break down barriers and have represented the Asian community. Sometimes this has been as simple as sharing the same language which has meant that I have had improved communication with individuals.”

Co-founder of Police Now and former Detective Chief Inspector David Spencer, said: “We’re incredibly proud of the positive impact our participants continue to have within their local communities, and their commitment to driving positive change with their colleagues so that everyone in our society, including the most vulnerable, have a chance to thrive.”