Marquees and new outdoor areas enable plans to go ahead.

Two more bars and an extra restaurant are planning to re-open on Broad Street after Westside BID’s plans for new outside spaces were approved in principle.

As many a dozen hospitality venues with established outdoor areas had already planned to re-open after 12th April. But now a mixture of carefully placed marquees and extra outdoor seating areas mean that the Coyote Ugly, Players Bar and the Pushkar restaurant can also start planning to reopen.

He added: “Where venues already had outdoor seating, this was relatively straightforward, but we have been working hard behind the scenes to make sure that as many as our members as possible can reopen. 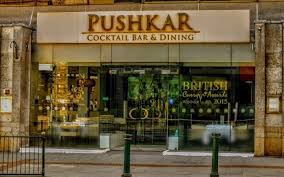 “I would like to highlight the great, cross-party support we’ve had from both Cllr Ian Ward, the Labour leader of Birmingham, and from Andy Street, the Conservative mayor of the West Midlands.

“It’s thanks to their non-partisan leadership and cooperation that these extra plans were pushed ahead, as they both want to see Westside open and thriving again.

“I’d also like to thank the Midland Metro Alliance, West Midlands Police and Birmingham City Council’s licensing team for helping us to ensure that as many venues as possible can reopen from 12 April.”

The new outdoor areas will include a marquee on Gas Street for a pavement licence to be used by Coyote Ugly until 11pm, although this venue will not reopen until Metro works have been completed on 19th April. This arrangement will see parking bays suspended on both sides of the road and pedestrians diverted onto the other side of the road.

The marquee for Players Bar and outside seating area for Pushkar Restaurant, both on Broad Street, will be open until 11pm from 12th April.

All the new outdoor areas will be in place until Phase 3 of the government’s roadmap plans to lift restrictions.

Mr Olley added: “Many people will be wanting to socialise after 12th April, and we’re determined to operate this as safely as possible. Having the maximum venues available will now help our plans to sensibly guide customer flows. With the springtime sunshine, we could end up with quite a continental atmosphere here on Broad Street!”

The other bars and restaurants which already have the outdoor spaces for reopening are: